​Few men, let alone those within the confines of football, have had as bad a 2018 than Julen Lopetegui. It’s been tortuous to watch, so you can hardly imagine what it’s been like to experience first hand.

Fortunately, you no longer have to just imagine, because 90min have been handed *exclusive access* to the 52-year-old’s diary for the entirety of 2018. Yes, that’s right, so *exclusive* is this access, that it even contains information from the future. Technology, eh? Here are some of the most enlightening extracts stretching back to before the World Cup, and forward to the very end of the year.

*This is a parody. We *DO NOT* have “exclusive” access to the future, disappointingly.

23rd March 2018: Oosh. The unbeaten start with Spain stretched to 17 games tonight. We were the prime entertainers in Dusseldorf, but could only manage a draw with Germany. The build up to our opener was sublime, and the lads were executing my philosophy right to the letter.

We just demolished Argentina 6-1 in front of our doting fans at the Wanda Metropolitano. ​Isco was phenomenal, scoring a hat-trick, but Iniesta stood out for me. He’s ageless, incredible. He could really spearhead us this summer, hell, even do it at the Euros in two years time. I love the guy, and I think he loves me too. He’s not the only one either. It’s all a bit of a love-in to be honest. It’s the closest unit I’ve ever been a part of.

3rd June 2018: Bit of a hiccup, but nothing to worry about. Switzerland held us to a draw.

This team is better than that, but we’re still in a fantastic place for Russia. Oh, and my unbeaten run continues.

9th June 2018: Routine win against Tunisia in our last game before the WC (!!!). Though it wasn’t pretty, it doesn’t matter – certainly not in knockout football.

To be honest, I’m just overjoyed to begin the tournament. It’s a dream come true. I want to thank everybody who’s ever helped me along the way, and I know they’ll all be praying for me come the 15th of July in Moscow. Hahaha kidding, not kidding! VAMOS ESPAÑA. 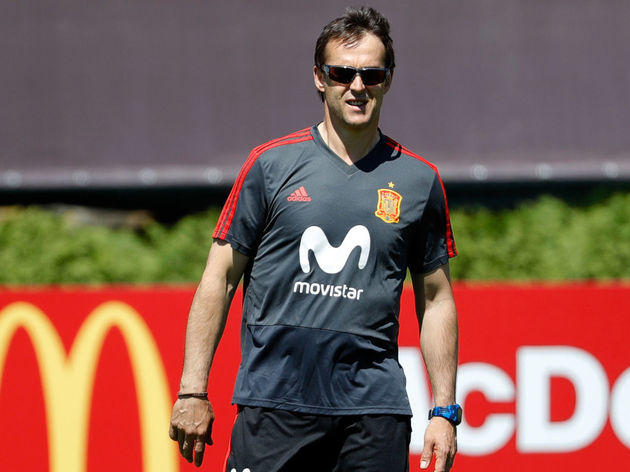 12th June 2018: OH MY GOD, dilemma. I got a call from Florentino Perez. He immediately offered me the ​Real Madrid job. DILEMMA.

I took it though, what an opportunity!

I’ll admit, it wasn’t really a surprise – I mean, 18 games unbeaten and counting, am I right?

Contract starts after the World Cup, so that’s not a worry, but I do think that after we win this one, we have a great chance in 2020, and then Qatar 2022 – even without Julen Lopetegui. It was hard to turn down an opportunity to go one better than the 2008-2012 team by hitting a three-peat with two World Cups, but I love Los Blancos – and it’s been a dream throughout my career to coach ​Cristiano Ronaldo. For now, it’s time to focus on the task at hand.

It’s over. I don’t understand – this can’t happen. Just yesterday, everything was wonderful. Now I’m crying into my shirt at Krasnodar International Airport.

Suddenly, I’m not half the man I used to be. Yesterday, I was leading my country to World Cup glory. Why I had to go, Luis Rubiales wouldn’t say. I said something wrong [by not saying anything at all about my negotiations with Real], and now I long for yesterday.

14th June 2018: Had my unveiling at the Santiago Bernabeu today. There was something in my eye the whole time – either that or the air-con was on full blast. I don’t want to talk about it. Cheers guys. I get it. We lost the Super Cup. It’s a tinpot trophy for tinpot teams anyway. Pathetic.

23rd September 2018: Great start to life in the capital. I’ll admit, difficult initial adjustment, but I’ve put the summer behind me, and channeled all my energy into maintaining Madrid’s pride!

So far we’re unbeaten – just like I was for the entirety of my tenure with Spain – and have had some cracking performances. ​Gareth Bale (or Gaz Baz, as he insists I call him) has been spectacular. I even heard someone say that the 3-0 victory over Roma was the club’s best performance in the Champions League for the last five years. 2nd October 2018: Ok, the loss to CSKA Moscow. Wasn’t expecting that. The loss to Sevilla could have gone either way mind, even if it did finish 3-0. The draw with Atletico was a decent point.

But CSKA? Oh well, it happens, and to be honest I’m happy it’s happened now, rather than later, when it matters, you know? We can only get stronger! HALA MADRID.

10th October 2018: ALAVES?!?!? Are you F&*^ing serious lads? They’ve really let me down with that one. I mean, I could have put away some of the chances they squandered today, and I was a keeper, for crying out loud.

It’s now four games without a goal. Ridiculous. It’s definitely not my tactics, I’ll tell you that. I’m as attacking as they come, and I’ll never get to the point of doubting myself. That would be idiotic. I am, however, considering kitting up for the Levante clash, because it’ll enable me to conduct things from the pitch. And I’ll sure as hell be safer than the sorry options we’ve got here. 20th October 2018: Wow. So after being told that picking myself in goal “would send the wrong message” we’ve only gone and lost to Levante.

I’ve got to say, this is bad. Really bad.

I love being ‘virtually sacked’. It’s so much better than being actually sacked. Spurious. Absolutely spurious. Fake news at it’s finest. I hate the media. ‘Julen The Brief’.

23rd October 2018: Now That’s What I Call Football, 2018! Incredible performance. We’re back, baby. The fans seemed to think so too, wolf-whistling me off the pitch. Thanks guys. 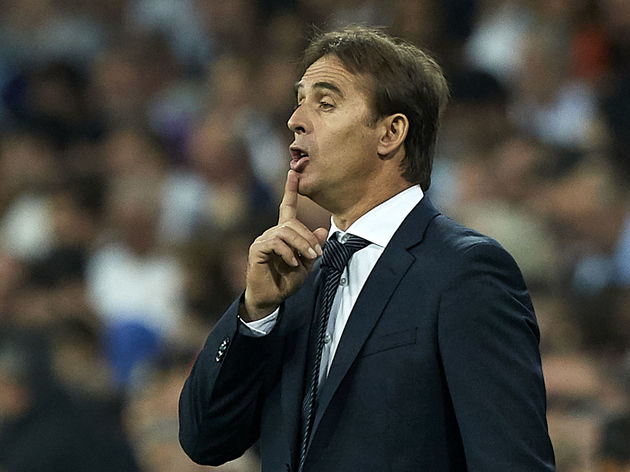 One for the haters. Shhhhhhhhhh.

28th October 2018: I’ve got to say, there are bad ways to go, then there’s being sacked at half time in the Clasico. It’s almost impressive.

My dignity is intact though. Don’t worry. Yes, 6-0 at halftime is unprecedented in the fixture, and Thomas Vermaelen scored four, but worse things have happened in 45 minutes on a football pitch. I’m sure of it.

31st October 2018: It’s Halloween today, usually my favourite day of the year. This year I’m spending it packing up my apartment, honestly though – sobbing into my carved pumpkin. The candle’s gone out and everything. I hate football.

15th November 2018: Was unpacking my things today in the new house, when I realised my cat’s gone missing. I looked for him for hours, calling his name until my voice went hoarse.

I’ve put posters up, but I think he might’ve been lost in the move. Another deserter. I loved that cat.

2nd December 2018: Thought I got a job offer today, from *squints* West Ham United. Turns out it was meant for Julian Dicks. 13th December 2018: It’s Thursday the 13th, but it may as well be Friday, such is my F&#*ING luck. Just choked on an Andalusian mince pie. It was only me and the new cat, and he couldn’t do the Heimlich maneuver, so I had to get the neighbours round.

They’re massive Madrid fans and refused to look me in the eye throughout. I’m alright though.

24th December 2018: Just got thrown out of Christmas Eve mass. Apparently, they were afraid that all the heckling would provoke a riot, and that would distract from the proceedings, so they asked me to leave.

It’s a low point, for sure.

31st December 2018: New Year, new me. Had some friends over for an overdue gathering, and it was going great, right up until 50 minutes before the countdown. I stubbed my toe, tripped over, dropping my champagne glass in the process, before landing on said glass.