​A report has claimed that Real Madrid striker Karim Benzema has informed those close to him that he is eager to join either Manchester United or Paris Saint-Germain next summer.

The Frenchman remained with Los Blancos despite the exit of manager Zinedine Zidane as club legend Cristiano Ronaldo left in the summer, and has scored four goals in nine appearances in La Liga for his side so far season. With Ronaldo gone, Los Blancos will be relying on the powerful forward to be their goal threat in Sunday’s El Clàsico clash against Barcelona.

According to PSG Community, via Sport, the 30-year-old is eager to take on a new challenge at the end of the season, with the Ligue 1 giants and ​United his preferred choices. The report suggests that PSG are aware of his desire to join them, and have been in contact with the player to discuss a potential summer switch.

While the source of the rumour is arguably not the most reliable, the two potential destinations do make sense. United boss Mourinho has made no secret of the fact he’s eager to sign a new striker, and PSG have a clear desire to sign more top quality French stars. However, Benzema’s contract doesn’t expire until 2021, which would make his acquisition costly. 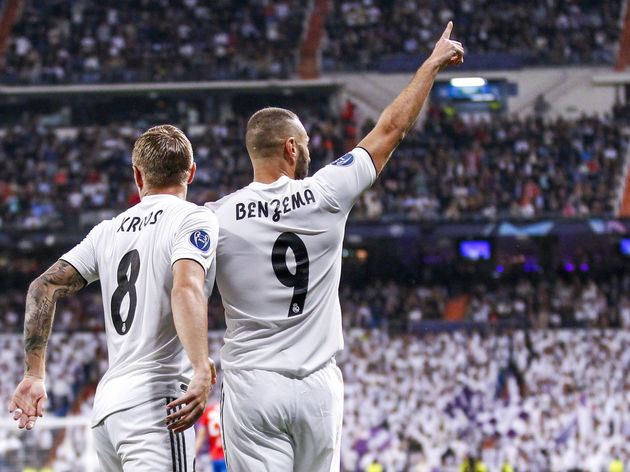 Benzema has excelled during his ten season spell with the club, despite spending much of it in the shadow of Ronaldo. The former Lyon marksman has netted an impressive 198 goals in 425 appearances for ​Los Blancos, and has also excelled on the international stage – scoring 27 goals in 81 matches for Les Bleus.

Meanwhile, ​Barcelona ace Luis Suárez has played down the significance of Cristiano Ronaldo not playing in the El Clàsico on Sunday afternoon, following his summer move to Juventus. Barça superstar ​Lionel Messi will also be missing from the game due to an arm injury, but Suárez claimed that the two teams were more important than two individual players.