Real Madrid have confirmed the exit of manager Julen Lopetegui, a mere four months removed from his appointment.

The 52-year-old was hired by Los Blancos following Zinedine Zidane’s departure in the summer, an appointment which caused Lopetegui to be released from his post as Spain manager on the eve of the 2018 World Cup.

His short tenure with Los Blancos is now over after a dreadful start to the season, which culminated in a humiliating 5-1 defeat to Barcelona on Sunday. 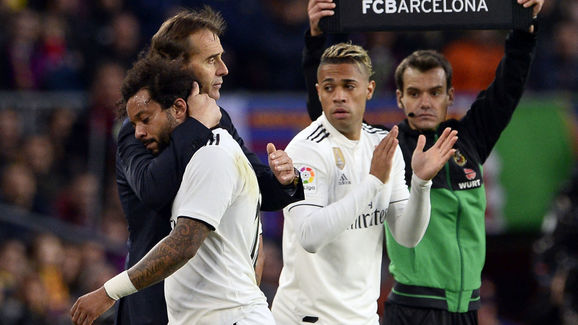 Castilla boss Santiago Solari has been promoted and will fill the post for the time being, with talks with former ​Chelsea boss Antonio Conte having stalled or, by some reports, broken off altogether.