Santiago Solari has urged Real Madrid star Gareth Bale to step up and make the most he can of his time under the “spotlight”.

With Cristiano Ronaldo no longer casting a shadow over him, the Welshman was expected to take up the Portuguese’s role as Real Madrid’s chief scorer. However, the former Tottenham speedster has only registered four goals in 14 appearances for the club and was a major disappointment in the recent Clasico that saw Madrid suffer a 5-1 loss at the hands of rivals Barcelona. 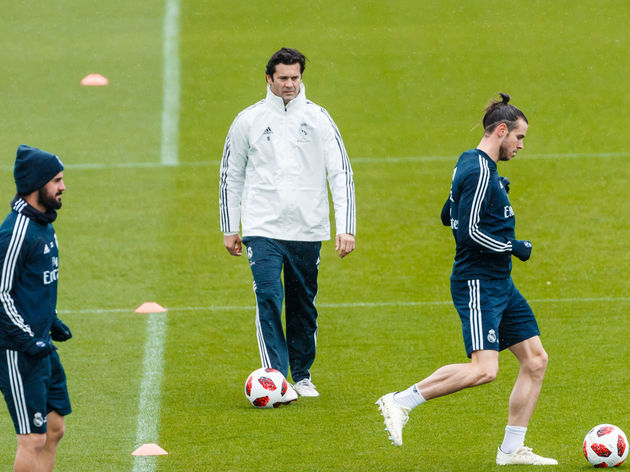 Solari, who has taken over affairs at the helm of the team on an interim basis in the wake of Julen Lopetegui’s sacking, had high praise for the Wales international ahead of ​Los Blancos La Liga outing against Valladolid on Saturday.

But he also challenged the player to step up and show how good he is.

“​Baleis under the spotlight and I hope he shows us his enormous talent. Daily Mail. “He [Vinicius] is one more member of the squad and everyone has to be there to be a first-team choice,” he added. “They’re all good and each one can offer their own contribution.

“For me, it’s simple: time and playing. He needs to play to build experience and with experience, he’ll become a better footballer. We all see the talent he has.

“The ‘B’ at this club is the Castilla, and the ‘A’ is Real Madrid. There are never indispensable players because you have injuries, losses of form.

“There are players here who have survived many battles and won them, but there are also young footballers with a lot of talent.”