Real Madrid will be forced to change the font of the writing on their matchday shirts after La Liga won a court battle against Los Blancos.

Teams in La Liga are all required to use the same font for the names and numbers on their shirts during league matches, but Real opted to use a different font during August’s 2-0 win over Getafe. This is the second consecutive season that Real have utilised various fonts, but they will now be forced to abide by La Liga’s rules.

News of the court ruling came from ​Cadena SER, who announced that ​Real will also be forced to pay the costs of the legal proceedings as a result of losing the case.

Real were pleading for a different font which would emphasise the ‘z’ in the likes of ​Karim Benzema or Alvaro Odriozola, but they have been unsuccessful in their endeavours and must now adhere to ​La Liga’s font regulations.

Spanish clubs are allowed to select their own font during Champions League and Copa del Rey matches, but La Liga require all the participating teams to use a certain style of writing whilst playing in the competition. 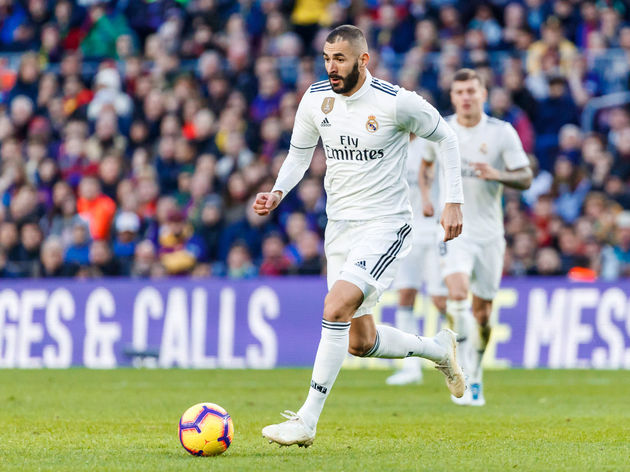 It certainly has been a turbulent start to the new season for Real, who parted ways with manager Julen Lopetegui after an abysmal start to the season. The Champions League winners failed to win any of Lopetegui’s last five league matches, including a humiliating 5-1 defeat at the hands of rivals ​Barcelona which ultimately proved to be the final straw for Real officials.

Castilla manager Santiago Solari was named as caretaker manager whilst the club looked for a permanent successor to Lopetegui. The likes of Antonio Conte, Leonardo Jardim and Mauricio Pochettino have all been heavily linked with the position, but there has been no official word on any progress. La Liga rules state that Real cannot have an interim manager for longer than two weeks, meaning the club will have to either confirm Solari as their permanent manager, or find another suitable candidate before the end of the upcoming international break.