continued their unbeaten start under Santiago Solari with a hard fought 4-2 win over Celta Vigo at the Abanca-Balaidos, on an eventful day in La Liga. 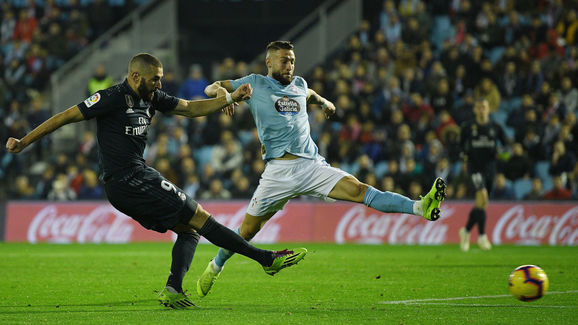 An audacious penalty from Sergio Ramos and Dani Cabellos’ curling effort made it 4-1, with Brais Mendez netting a late consolation. Despite the fragility of Real’s back line, Solari would have been delighted at his side’s creative play and clinical finishing – illustrated in the first goal.

Having replaced Sergio Reguillon on the stroke of half-time, Javi Sanchez’s first appearance in Madrid colours was difficult. Up against the energetic Mallo, the youth product was unable to prevent the experienced defender from scoring.

Javi Sanchez on for Reguillon yes. What my club really coming to

Perhaps harsh, but a learning curve for the 21-year-old.

Despite being the second highest scoring team at home behind Barcelona in 2018, it was their defensive naivety that proved Celta’s downfall on the night. 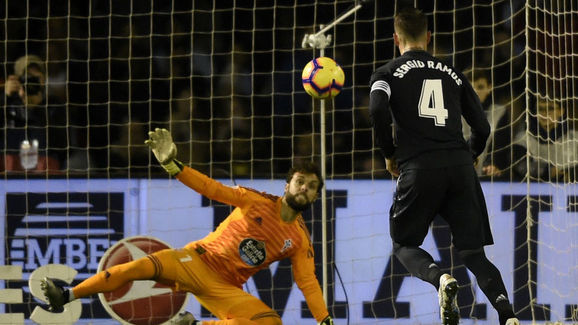 They could do nothing about Benzema’s opening goal, but mistakes from Cabral and David Junca were punished by the La Liga giants.

A threat all night, Hugo Mallo’s first goal since October 2016 gave Celta a glimmer of hope with a well-taken volley. Linking up with the impressive Mendez, the right-wing back caused havoc against his opposite number Sanchez and performed far better than his defensive counterparts.

What a goal Hugo Mallo, that goal was always coming from Celta

At fault for Real’s second goal, Gustavo Cabral’s night ended early having picked up two bookings. He endured a torrid evening against Benzema and was clumsy at times. In truth, his evening could have been worse – but for his keeper’s impressive saves in the first-half.

Despite Real gathering momentum in recent weeks, the international break could prove handy with a number of injuries. Duo Casemiro and Reguilon were both replaced, in a growing injury list that includes first team regulars Marcelo, Raphael Varane and Dani Carvajal. 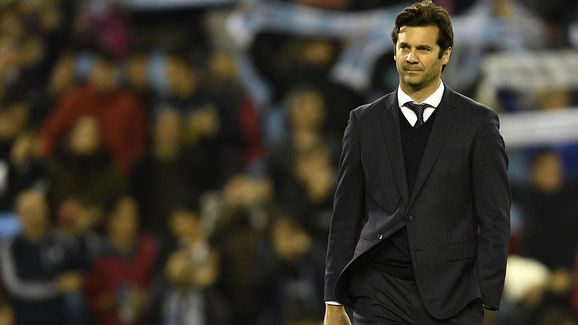 Meanwhile, Celta’s form will be a concern for Antonio Mohamed, whose side will look to re-group for their next league game at Real Sociedad after the international break.