​Real Madrid are reported to have ‘filed the papers’ that will see the reigning European champions appoint interim boss Santiago Solari as coach until at least the end of the season.

Solari was appointed on a two-week basis after Real sacked Julen Lopetegui and a long-term hire was expected to be made. But Antonio Conte reportedly ruled himself out, while Roberto Martinez and Mauricio Pochettino remained loyal to Belgium an Tottenham respectively. Since taking over, Solari has guided Real to four consecutive victories in three different competitions and appears to have done enough to convince president Florentino Perez to hand him a contract for the rest of the campaign.

ESPN clams to have been informed by the Spanish association (RFEF), that the paperwork for Solari to take the job on a more formal basis has been submitted by the club.

Spanish league rules dictate that a coach may only take charge of a club on an interim basis for a maximum of two weeks, after which time a proper appointment must be made. 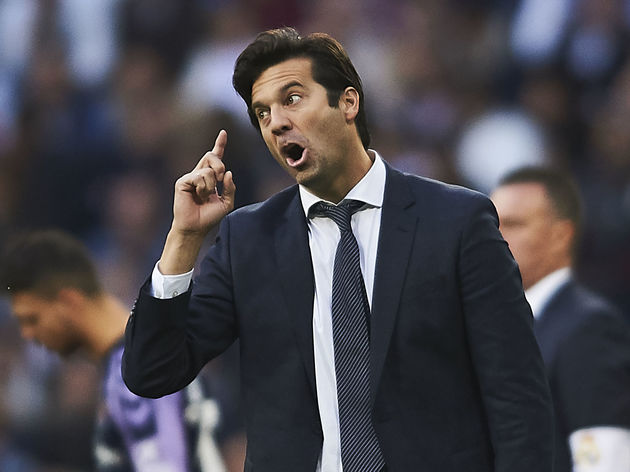 Lopetegui was dismissed after Real were humiliated 5-1 by Barcelona in the first Clásico of the season last month. The first game of Solari’s reign saw Los Blancos hammer lower league Melilla in the Copa del Rey, with further victories against Real Valladolid and Viktoria Plzen.

In his final game as interim coach over the weekend, Solari saw Real win 4-2 against Celta Vigo.

The 42-year-old former Castilla boss will now hope he can continue to inspire positive results and earn a longer term contract when the situation is reassessed in summer.