It was no surprise then to see him handed the role permanently, but just what would qualify as a successful season for Madrid now? Especially considering Solari’s predecessor, Julen Lopetegui, oversaw one of the worst starts to a campaign in recent memory for Los Galacticos.

It was a turbulent appointment for Lopetegui, who was preparing for the World Cup with the Spanish national team at the time. The move created much controversy as the Spanish FA stripped Lopetegui of his position, affecting the team’s fortunes at the upcoming tournament.

The pressure of that controversy was maybe still hanging over the Spaniard, as he began his disastrous spell at Santiago Bernabeu. Madrid hit trouble after a thumping defeat at the hands of Sevilla, a result that sent them spiralling out.

Defeats to Alaves and CSKA Moscow marked low points that led up to a humiliating 5-1 defeat to Barcelona. 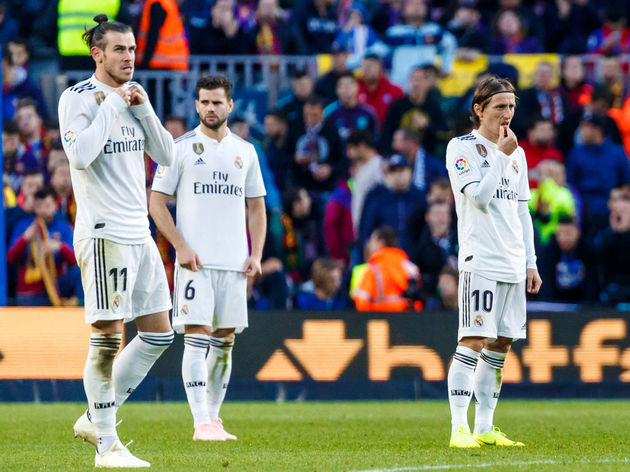 Real Madrid had slumped to ninth by the time Lopetegui was sacked and Solari took over.

Madrid’s improved form under Solari, coupled with Barcelona’s shock defeat to Real Betis last week, have put them back in the title picture. La Liga is awfully bunched up at the top though, and Madrid still sit behind five other teams in sixth.

Los Blancos’ domestic form was part of the criticism waged towards former boss Zinedine Zidane, despite three consecutive Champions League titles. Madrid have only won one of the last six La Liga crowns and are already playing catch up to recent winners Barcelona and Atletico Madrid. 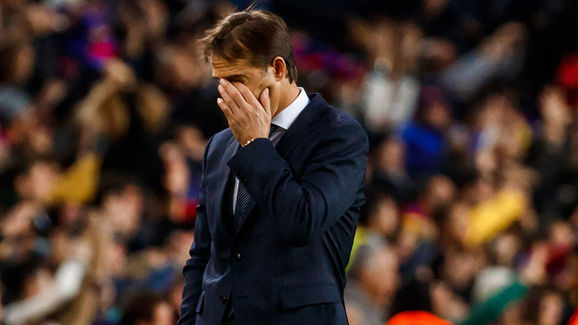 They haven’t fared much better in the Copa del Rey either, having lifted the trophy just twice in the last 25 years, while rivals Barcelona have won the double in three of the last four seasons.

Madrid dominated Europe under Zidane, and in doing so became the first team to win three consecutive titles since Bayern Munich between 1974-1976.

They would match their own record dating all the way back to the 50’s if they were to win again, so that seems like a tall order for the newcomer – particularly without talisman Cristiano Ronaldo, whose influence cannot be underestimated despite his advancing years.

The decision to back Vinicius Junior as a long-term successor to Ronaldo has undoubtedly left them a weaker side in the short-term. After finishing 17 points behind Barcelona last season, it looks unlikely Solari will master a title triumph in the remainder of the season. The three-point gap between Los Galacticos and city rivals Atletico Madrid is an achievable goal though, particularly if they maintain current form. The Copa del Rey would make an excellent accompaniment to the season as well considering Madrid’s recent record in that competition.

The board often demand greatness at the Santiago Bernabeu hence the pressure on Zidane in recent seasons.

If Solari can secure a runner-up spot and a major domestic trophy though, it must be deemed a successful campaign given the circumstances of his appointment.