Spanish international Ramos has been the subject of widespread commentary around Europe, with many praising the defender’s leadership and battling qualities. On the flip side, others have tended to criticise the 32-year-old’s occasionally aggressive conduct.

The ongoing debates over the iconic Spaniard have only increased in recent times, and Netherlands international van Dijk has now thrown his opinion into the mix. The ​Liverpool defender told De Telegraaf, via ​Marca: “He’s not the best.

“He’s a great player and I respect him for what he has achieved, but he’s not the kind of defender I like.”

​Ramos’ rather unorthodox defensive style has established the ​Real Madrid hero as a largely divisive figure, with his discipline and solidity in defence often leaving much to be desired.

The girl standing in front of him was cold so he gave her his training jacket. That is our captain  pic.twitter.com/0fPMSPilrz

The maverick defender has enjoyed a trophy-laden career which also includes a World Cup win and two European Championship successes with the Spanish national team. However, it is ​Raphael Varane, Ramos’ defensive partner at Real Madrid, whom van Dijk most admires.

“He [Varane] is my favourite,” van Dijk added.

“He’s an excellent defender who is still young and has improved. His way of defending is different because he tries to avoid being in situations where he has to intervene and tackle.”

Whilst the Real Madrid duo were on the agenda for van Dijk, following Liverpool teammate ​Dejan Lovren’s recent public dispute with Ramos, the Dutchman remains the world’s most expensive defender.

The former ​Southampton star has become the defensive bedrock of Liverpool since completing his £75m move to Jurgen Klopp’s side from St. Mary’s in January.

Having added the kind of leadership and resolve which was previously seen as a missing ingredient at Anfield, van Dijk helped Liverpool reach the Champions League final last term. 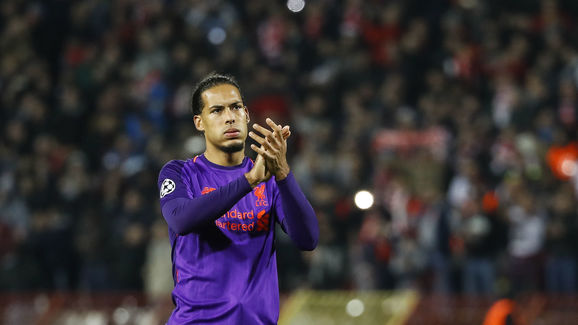 With all signs being that Liverpool’s new-found solidarity has put them on course for further improvements this term, van Dijk has formed a formidable partnership with Joe Gomez at the heart of defence this season.