​Real Madrid wonderkid Vinicius Junior has revealed that his Brazilian teammates Casemiro and Marcelo have been influential in helping him adapt to his new club.

The youngster officially moved to the Bernabeu this summer, but Los Blancos had already agreed a deal with Flamengo back in 2017. Real parted with a fee of around £38m to bring the 18-year-old to the club, and he has since made five appearances for the first team in 2018/19.

In an interview with Brazilian outlet SporTV, Vinicius admitted that he was surprised with how easily he has adapted to life in Madrid, crediting the likes of Casemiro and Marcelo for their help. “I’m happy to be starting well and creating opportunities that Real Madrid have given me. “I want to evolve, but without losing my characteristics, which is to run at defenders.” 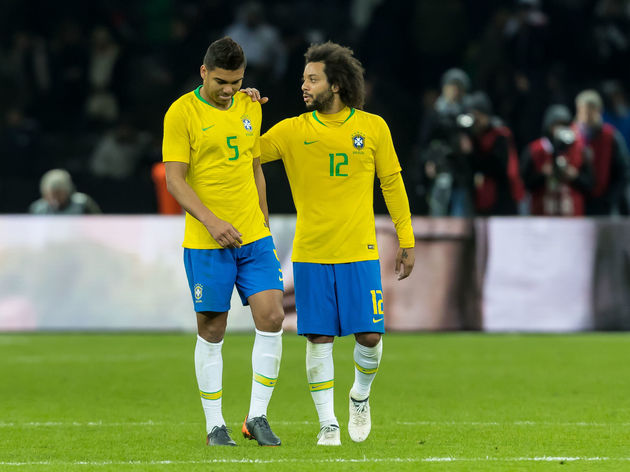 Vinicius made just two appearances for the club during Julen Lopetegui’s brief time in charge of the club, but the longest of those outings lasted just ten minutes during Real’s 1-0 loss to Alaves.

However, he has been involved more under new manager Santiago Solari. He managed to create two goals during a Copa del Rey clash with Melilla, in what was Solari’s first match in charge, and he has since made two further appearances for the club.

He scored his first goal for the club in a 2-0 win over Real Valladolid in Solari’s first ​La Liga match, before earning another assist as a late substitute against Viktoria Plzen in the Champions League.