Real Madrid winger Gareth Bale has hinted that his side have a natural desire to perform in the UEFA Champions League as opposed to La Liga, following Los Merengues’

However, despite securing their place in the knockout stages, Los Blancos have had mixed fortunes in the league, losing five of their 13 games.

They were surprisingly beaten ​3-0 on the weekend against minnows Eibar, (a result that left them 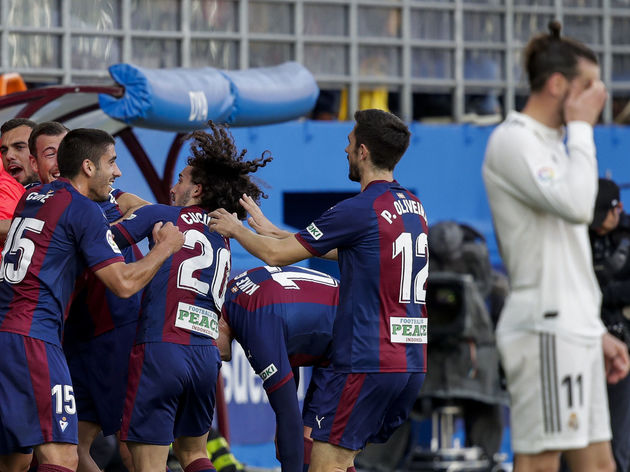 As quoted by Real Madrid’s official website, Bale said: “It’s a different competition compared to La Liga,” he remarked. “It’s a different style of football and you face teams that want to play football. It just comes naturally to us, it’s difficult to explain.

Two second-half strikes from Bale and Lucas Vázquez sealed the three points for Madrid against Roma, as both sides booked a place in the last 16, courtesy of CSKA Moscow’s defeat to Viktoria Plzeň earlier that night.

Bale, who netted the opener two minutes into the second half, was pleased with Los Blancos’ display in the latter part of the match, but indicated that there was still room for improvement.

​Madrid were well below par in the first-half and should have fallen behind on the stroke of half-time, when ​Tottenham Hotspur “We knew it’d be a tough game against difficult opponents. The games last 90 minutes,” he added. “Our first-half performance wasn’t as good, but we knew that if we battled on, we’d have some chances and we performed really well in the second half.”