​With Aaron Ramsey’s Arsenal contract set to expire in the summer, Real Madrid are plotting to approach the Welshman on a pre-contract agreement in January.

The Gunners have thus far been unwilling to sanction Ramsey’s wage demands and their stance has been resolute. The decision not to renew the midfielder’s contract has attracted interest from some of Europe’s elite sides.

However, it is Real Madrid who have now thrown their hat into the ring, according to the Daily Mail. The Spanish giants will look to beat the likes of Bayern Munich and Juventus to the Welshman’s signature. 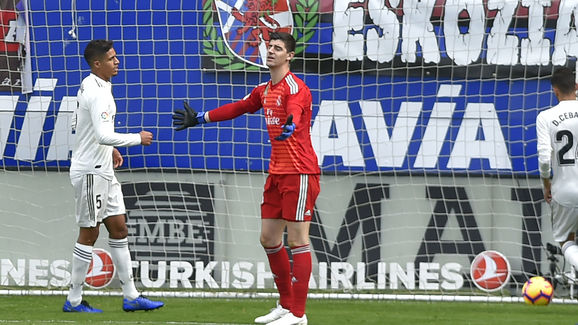 Nevertheless, Real Madrid will face stern competition for Ramsey’s signature. In addition to a host of foreign clubs, there could well be interest from Premier League clubs such as Manchester United. Whilst selling to a Premier League rival may not be an attractive prospect for Arsenal, they would at least get some money in January rather than losing the Welshman for free in the summer.

Ramsey has been at Arsenal for a decade after he joined the club from Cardiff City in 2008. In that time he has scored 60 goals for the Gunners and many believe that his goal-threat from midfield will be sorely missed by the north London side.