Santiago Solari praised his side’s first half performance whilst conceding they were put under heavy pressure in the second during their 2-0 win over Valencia at the Santiago Bernabeu.

After their embarrassing 3-0 defeat to Eibar in their previous La Liga match, Real Madrid were keen to get back to winning ways against a Valencia side who had only lost two of their opening 13 games of the season, and they began very well. They took the lead after just eight minutes after some neat play from Dani Carvajal kept the ball alive after Karim Benzema had miscontrolled the ball in the box. The Spaniard then crossed the ball which Valencia defender Daniel Wass headed into his own net to gift the home side the lead.

​Madrid dominated the rest of the half and it looked as though they would run out comfortable winners, but Valencia emerged for the second half a rejuvenated side. They squandered a number of golden opportunities to equalise and they were ultimately made to pay with seven minutes remaining. Lucas Vazquez slotted home from 12 yards out to secure what was a vital ​2-0 win for Madrid. Speaking with the club’s ​official website after the game, Solari admitted he’s looking for performances similar to his side’s first half showing in their coming games whilst also praising the impact of his younger players.

He said: “I’d like us to repeat what we did in the first half. In general, the game was good but we were really impressive in the first 45 minutes. The second half was different, Valencia had chances to draw level and really piled the pressure on.

“The younger players brought some energy, but there needs to be a balance of that and the experience that the older players give. Players who combine both can compete in this squad, but we want to open the doors to those young players who can feature in the future. 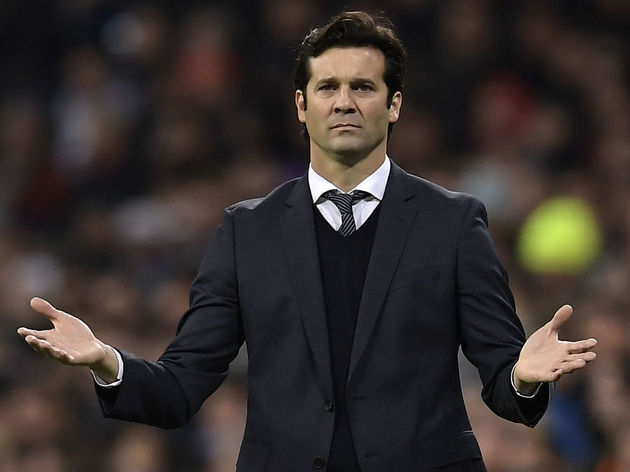 “Llorente, Odriozola, Ceballos, Reguilón, Vinicius are young talented players who we hope to still have at the club in the next five years. They’re the future of Real Madrid and they need to be part of the present. We’re happy as a club because we have had players who have come up through the system and they’re now getting minutes in the first team.”

It wasn’t a convincing win, however it’s a win that will be welcomed by everyone at the club. TReal will be looking to make it back-to-back wins in ​La Liga when they take on the league’s bottom side SD Huesca on Sunday afternoon.