​It has been suggested that Real Madrid ace Sergio Ramos made a sly dig at Liverpool’s Mohamed Salah on Twitter, after uploading a picture of his shoulder injury alongside a cheeky caption.

The veteran defender famously dislocated the Reds talisman’s shoulder in last season’s Champions League Final – a match in which Ramos’ side went on to win 3-1. The Spain international became a loathed figure at Anfield following his performance, and is unlikely to be greeted warmly in the Merseyside city any time soon. 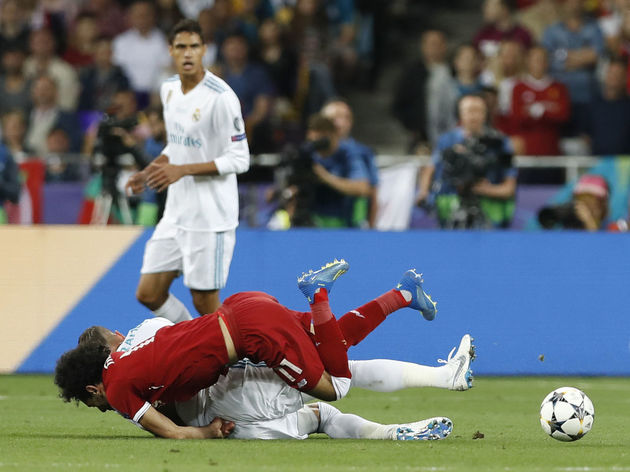 ​Ramos, who injured his shoulder during Sunday’s 2-0 win over Valencia,shadow of his former self when appearing at the 2018 World Cup in Russia last summer.

While the Spain international doesn’t directly reference Salah, his caption does suggest that he believes himself to be a more sturdy footballer than the Reds’ sensation. Liverpool will be desperate for revenge against ​Los Blancos, and it will be a fascinating spectacle should the two sides meet in the latter stages of this season’s Champions League in the new year.

Meanwhile, ​Liverpool manager Jürgen Klopp has been charged by the FA for running onto the field of play following EvertonchargetoAlisson Becker.