​Manchester United manager Jose Mourinho is said to believe that Real Madrid are keen on bringing him back to Spain and ending his tumultuous time in Manchester..

Results on the pitch have been incredibly frustrating for Mourinho’s players, who are also reportedly dealing with behind-the-scenes clashes with the Portuguese manager. The Red Devils currently sit eighth in the Premier League, prompting a huge amount of speculation about Mourinho’s long-term future with the club. According to the ​Evenin​g Standard, Mourinho believes that ​Real president Florentino Perez wants to bring him back to the Santiago Bernabeu for a second spell as the club’s manager.

Mourinho spent three years in charge in Madrid from 2010-13, memorably guiding the side to the 2011/12 ​La Liga title ahead of Pep Guardiola’s ​Barcelona. Perez is believed to have remained a fan of Mourinho, and sources close to Mourinho have reportedly confirmed that Perez wants to work with Mourinho once again.

Following Saturday’s 2-2 draw with ​Southampton, Mourinho faced fresh accusations that he had lost the faith of the ​United squad. ​Reports suggested that Mourinho questioned his players’ desire and commitment in a furious rant, even brandishing ​Paul Pogba as a “virus”.

He was asked whether the players were still loyal to him but, according to the Da​ily Mail, avoided the specific issue and instead clarified why players do not allow personal feelings to impact their performances.

“You believe a player scores in his own goal and then runs and celebrates? ‘I scored in my own goal because I don’t like the manager.’ Do you believe in that? I don’t believe in that. A football player is paid — and very well paid — to be a football professional. 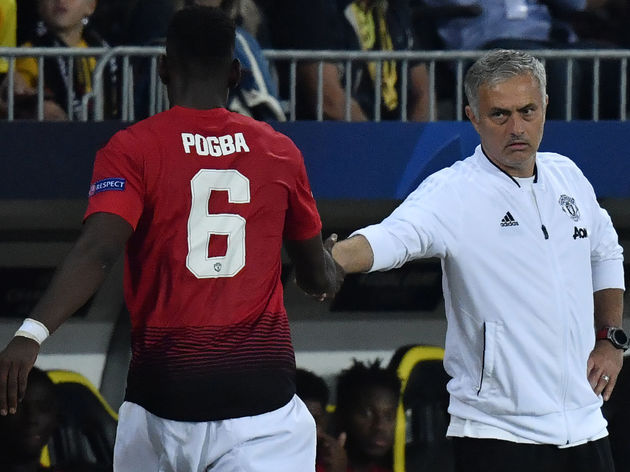 “One thing is to perform well and not so well, another thing is to be a football professional.

“When pundits who were professional players say this player is not playing for the manager, did they do that when they were players? Were they dishonest players? If they were, they shouldn’t be in front of a camera speaking to millions of people.”