Real Madrid moved up to fourth in La Liga as they ran out 1-0 winners over Huesca on Sunday afternoon.

After a scrappy few minutes in the opening, it took a piece of technical brilliance to open the scoring. Gareth Bale found some space in the Huesca box and stroked home a wonderful volley from Alvaro Odriozola’s cross to net his fourth league goal of the season. 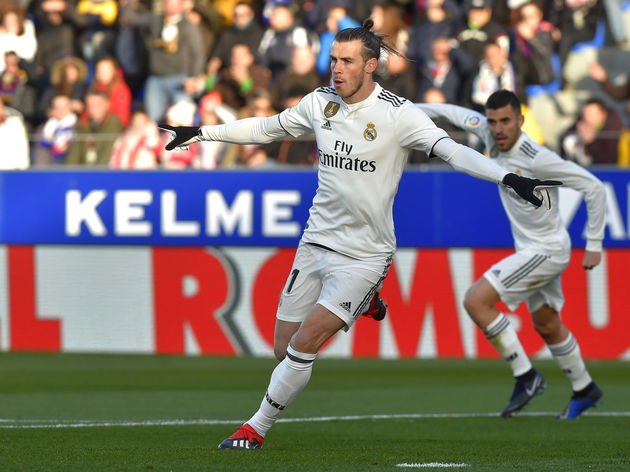 Both sides seemed to struggle with the conditions and chances were hard to come by during the rest of the first half. Thibaut Courtois had to be at his best to keep his side ahead with a top save midway through the half and, not to be outdone, Aleksandar Jovanovic made an equally decent save to deny Bale a second goal of the afternoon.

Huesca started the second half on the front foot, but they were unable to convert a host of golden opportunities in front of the goal. Madrid responded with a few chances of their own, but Jovanovic stood tall in the Huesca goal to ensure that the hosts remained in contention. 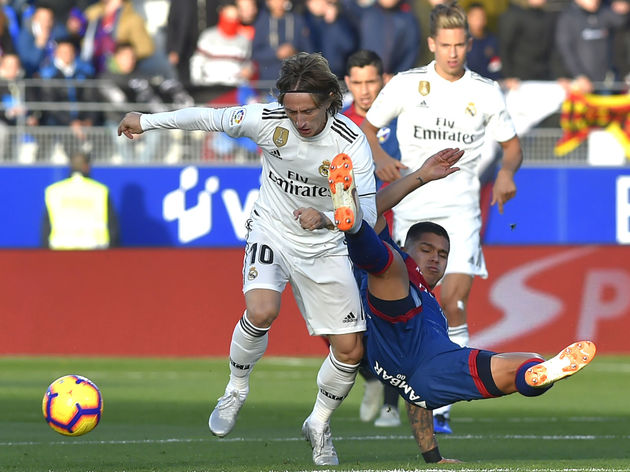 The Real Madrid defence were forced to hold firm during the closing stages and were almost caught out right at the death, when Courtois tipped a speculative long range free-kick on to the bar.

Here is a breakdown of the afternoon’s events.

Considering how poor the conditions were, this was never going to be an easy afternoon for ​Real Madrid and they had to ride their luck to come away with all three points. Huesca looked particularly lively in the second half and, if they were more lethal in front of goal, Santiago Solari’s side could have been facing another embarrassing away defeat. Once again there was something severely lacking from Real Madrid’s play. The transition from defence to attack was often too ponderous and, with the exception of Bale, their front line was far too predictable. Huesca seemed to find it relatively easy to deal with the likes of Karim Benzema, who looked completely uninterested for the whole 90 minutes.

The win moves them back up to fourth in La Liga, but they still remain five points off Barcelona who are sitting pretty at the top of the league.

​Bale was able to produce the former early on in the match and he was Madrid’s most threatening attacking outlet all afternoon. He was also very unlucky not to have come away with at least a brace for his efforts.

The Welsh winger is yet to really hit top gear this season, but Real Madrid supporters will be hoping that this performance will help to change all that.

The amount of class Gareth Bale possess makes me wonder why he isn’t in top 5 players of his generation.

Bale off. Credit to him for today, was our only good forward.

​Benzema may be one of the most divisive strikers of the 21st century. For all of his positive attributes, the simple fact of the matter is that he doesn’t score enough goals – at least for a striker who is leading the line for a team as established as Real Madrid.

He had little to no effect on the match this time around and it was a surprise to see him stay on the field after appearing to struggle so much at the top end of the pitch.

Real Madrid have already secured their place in the knockout rounds of the Champions League, but they will be looking to top their group when they host CSKA Moscow on Wednesday.