Real Madrid fell to a shock defeat in the Champions League, as CSKA Moscow beat them 3-0 on Wednesday evening.

Real were dominant at the Bernabeu, but after being second-best all game CSKA took a suprprising lead. Fedor Chalov scored past Thibaut Courtois with a fine finish to break the deadlock after 37 minutes.

The Russians then doubled their lead six minutes later, as the ball fell kindly to Georgi Schennikov from Courtois’ save.

CSKA scored their third goal to secure the win in the 73rd minute, as Arnor Sigurdsson’s first shot found the bottom corner wonderfully. 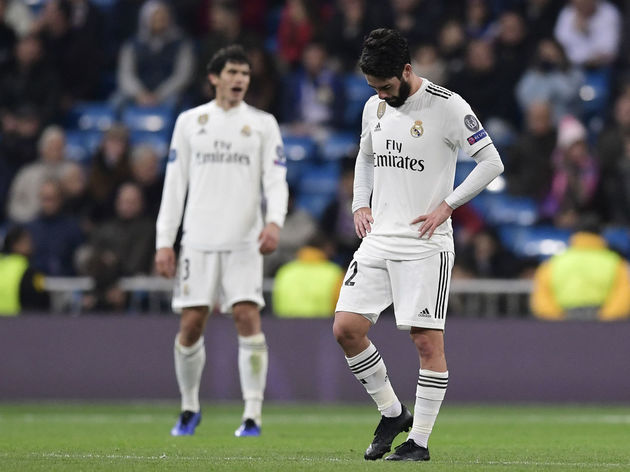 ​Real Madrid were dominant in the first half-hour and were all over CSKA. However they lost concentration and became sloppy and lacklustre in an embarrassing performance.

The defending from the inexperienced back four was very poor, though that could have been expected from a back line with an average age of just 24.

Despite the defeat Real Madrid were already through to the last 16, as they qualify for the knockout stages in first place ahead of Roma. STAR MAN – Although Real Madrid showed little class on the night, Vinicius Junior played well at left wing. The 18-year-old was positive going forward and was frankly Real’s only player who turned up on Wednesday, as they fell to a disappointing defeat.

WORST PLAYER – Although there were many poor performers to choose from, it was ​Isco in particular who didn’t play well. He was underwhelming all day long and contributed nothing to Real. He also had a huge chance to pull one back at 2-0 down, but completely wasted it in a shocking performance. At first CSKA seemed happy to absorb the host’s pressure, but they suddenly came into action before half-time to snatch two goals. The Russians started the game on the back foot, but took complete control of the game after their first goal to secure a famous victory.

In the end it was a deserved win for the visitors, who were impressive as they secured back to back wins over Real Madrid, the first team to do so since ​Juventus in 2008.

Despite a famous victory, CSKA bow out of European football after Viktoria Plzen’s shock 2-1 win over Roma. The results in Group G mean that CSKA finish bottom of the group, despite their valiant display in Madrid.

STAR MAN – There were many standout players, but Fedor Chalov was outstanding. He scored the first goal to give CSKA the lead, and he continued to lead the attack as the Russians secured all three points in an excellent performance.

WORST PLAYER – It is hard to pick a poor performer, but at times Rodrigo Becao looked uncomfortable. He didn’t have a woeful game, but occasionally he made CSKA’s defence look shaky. ​Real Madrid return to ​La Liga action on Saturday afternoon, when they welcome Rayo Vallecano to the Santiago Bernabeu. They then jet off to the United Arab Emirates, as they play in the semi-final of the Club World Cup on 19 December.​