Real Madrid defender Marcelo has insisted that the reigning Champions League holders do not have an attitude problem, despite Los Blancos suffering a humiliating defeat to CSKA Moscow on Wednesday.

Madrid were stunned 3-0 by the Russians at the Santiago Bernabeu, with the loss going down as the side’s heaviest home defeat in any European competition.

Goals from Fedor Chalov, Georgi Schennikov and Arnor Sigurdsson consigned Madrid to a chastening evening, although Wednesday’s result had no impact on the already confirmed Group G winners. 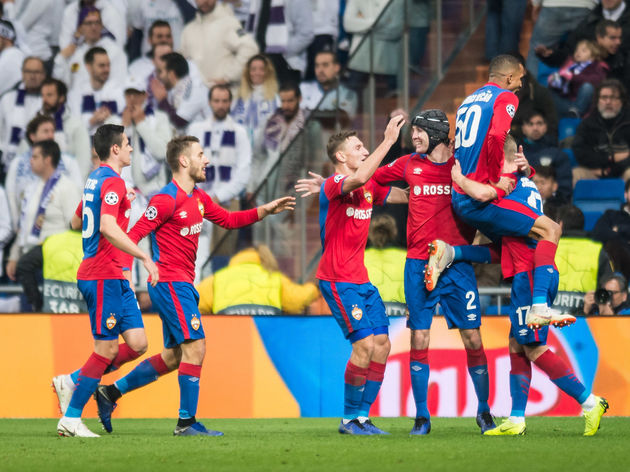 Despite Los Blancos’ evident struggles this season, Brazilian left back ​Marcelo was quick to play down accusations that Madrid were suffering from poor attitude and complacency.

Speaking to reporters after the defeat to CSKA, he insisted (as quoted by ​Goal): “I don’t think it’s an attitude problem.

“We never take to the pitch with the wrong attitude but perhaps some of our play may have been interpreted like that (against CSKA).

“You always have to play with desire at ​Real Madrid. There’s a long time until the last 16, we must improve and change the image we’ve given of ourselves. We have to be motivated and flying high at the Bernabeu.”

Amid a tense atmosphere at the ground, Madrid fans were heard jeering and whistling their side during the second half, with Marcelo later admitting he could understand the crowd’s anger.

He added: “When the fans whistle, it’s clear that you have to change something and the fans have every right to do it.

AS: Isco telling the fans ‘what do you want?’ after missing a chance & the following whistles.

Real Madrid director Butragueño: “Isco’s gesture? I suspect that he was claiming a corner. We have to be united, especially when the situation is adverse. Whistling a player weakens us pic.twitter.com/GGaqdzYdle

“We’re hurt, but we’re a team and we’re going to work so that it doesn’t happen again. We’re not happy because we can’t play like that today and put on a show like that. We tried to give it a good go but the match didn’t go as we expected.

“At Real Madrid you have to fight until the end. It was difficult to come back from 3-0 although we tried until the final whistle.”  ​