Real Madrid banished any lingering hangover from a humiliating defeat at home to CSKA Moscow in midweek with an assured performance and an authoritative 1-0 victory over Rayo Vallecano on Saturday.

A strong start with good intensity and purpose from the home side paid off as Karim Benzema found space in the box, latching onto a through ball from Lucas Vazquez before hammering a strike into the far corner on the 13th minute to cap a strong start from Madrid.

The home side played out a relatively comfortable second half in which Solari’s side created fewer chances, generally playing in second gear, though ​Madrid had to survive a goalline scramble in stoppage time – a Thibaut Courtois save required to prevent a late equaliser.

Los Blancos have endured a tough first half of the season but rounded off their La Liga commitments for the calendar year with a strong victory and plenty to build upon in the new year.

After suffering the humiliation of a 0-3 defeat to CSKA Moscow in front of their home fans on a disappointing European night in midweek, much of the agenda heading into Saturday’s match was centred on how ​Madrid would respond. 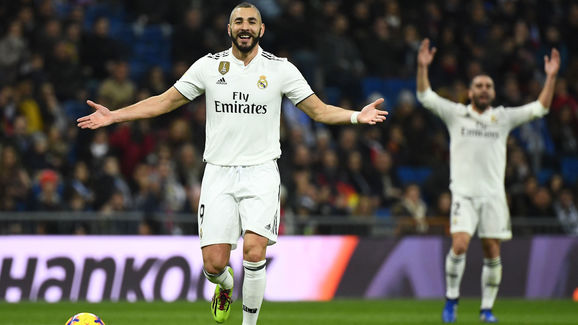 Santi Solari’s side made a strong start to the encounter, putting together slick and incisive passes with Luka Modric pulling the strings and Benzema, Marco Asensio and Lucas Vazquez full of purpose and dangerous intent along the front line.

There was a clear sign of intent from the start from Los Blancos – just what was needed to remedy the disappointment of their Champions League exploits on Wednesday. The home fans were treated to a performance of far greater authority and purpose this time out.

Benzema picked out Lucas Vazquez in space, points to where he wants it and then puts it in the back of the net. pic.twitter.com/NZgJRutqKq

STAR MAN – Having endured an inconsistent start to the season which has been emblematic of his team’s struggles, Karim Benzema took responsibility in setting the tone for a much improved Madrid performance on Saturday.

The Frenchman looked lively from the outset, seeking to get himself into dangerous areas with infectious energy whilst also showing good creative intent to link up well with his teammates in the final third. An emphatic finish just 13 minutes in was reflective of a generally resurgent attacking performance from Benzema. The Frenchman was unfortunate to go off injured in the later stages of the match.

WORST PLAYER – Marcos Llorente has enjoyed a rise in form and opportunities so far under Santi Solari, but the young Spaniard was Madrid’s least effective performer on Saturday night. Llorente generally failed to provide the kind of commanding presence which Casemiro usually asserts as Los Blancos’ holding midfielder.

The home side appeared short on cover for their central defence at times, an area which Llorente must fill more effectively. The Spaniard’s passing was, however, largely up the required standard.

After falling behind so early in the match, Rayo adjusted their defensive approach early in the first half. The visitors sat deep early on but were unpicked at the back with too much ease by Madrid. Michel’s response from the Rayo technical area was to push his side higher up. 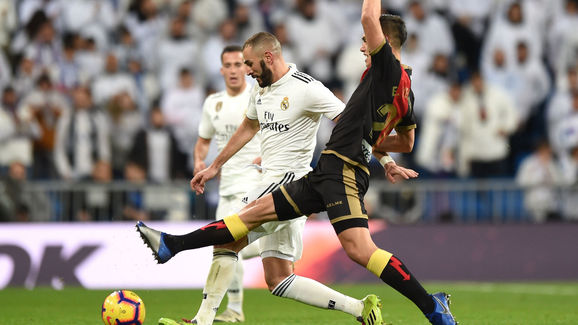 However, with the trailing side’s packed defensive line pushed up to squeeze Madrid back on the pitch, Los Blancos appeared even more dangerous, as Solari’s side were able to make even better use of their pacy front line with more direct passes in behind the visitors’ back line.

Rayo’s defence became disjointed and unable to hold the line as the likes of Asensio and Benzema breezed through the visitors’ rear-guard at will to latch onto through balls from the home side’s plethora of creative midfielders. Real Madrid take on Japanese side Kashima Antlers in the semi finals of the Club World Cup on Wednesday, before returning to La Liga action in the new year with a testing trip to face Villarreal away.

A home clash against Real Sociedad three days later is Los Blancos’ next outing at the Bernabeu after tonight’s victory.