Cristiano Ronaldo’s famous bicycle-kick for Real Madrid against Juventus in the Champions League quarter-final last season has been immortalised in Swarovski crystals.

The multi-million pound diamond portrait was created by Colombian artist Mauricio Benitez, also known as ‘Mr Bling’, and encapsulates one of Ronaldo and the Champions League’s greatest goals in suitably understated fashion for the five-time Ballon d’Or winner.

The designer has created numerous pieces in recent years for some of football’s biggest stars, and was given the opportunity to personally hand over the flashy artwork to the current Juventus star on a trip to Turin.

In a picture of the two posted on ​Instagram, Benitez said: “Thank you @Cristiano for believing in my talent. We go forward from the hand of God.”

Benitez’s trademark diamond designs has seen him create pieces for the likes of Ronaldinho, Neymar, ​Luka Modric, Marcelo, Juan Cuadrado and Hulk among others.

Ronaldo’s acrobatic strike for Real Madrid even saw Juventus fans stand up and applaud, with the Portuguese superstar later going on record to reveal how the Bianconeri supporters’ reaction to the goal was instrumental in his decision to join the Old Lady last summer.

The 33-year-old has been in imperious form in his debut campaign for Juventus, registering 11 goals and five assists in just 16 Serie A games. 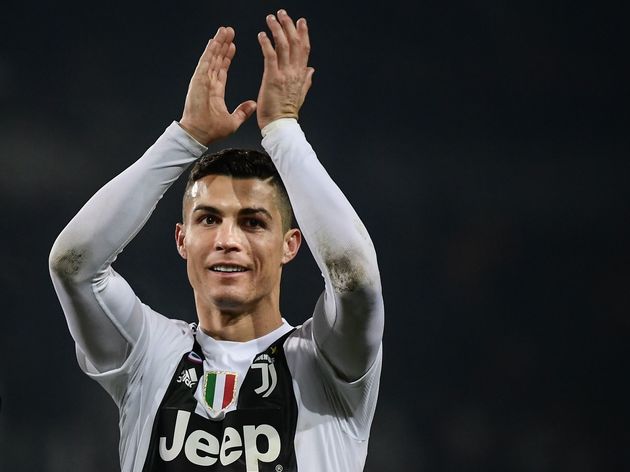 After scoring the winner at Torino last weekend, ​Ronaldo will seek to continue his impressive goal-scoring form when his Juventus side take on AS Roma in a pivotal clash on Saturday.​