Real Madrid are considering a shock managerial return for Jose Mourinho next summer after the Portuguese manager was sacked from Manchester United on Tuesday.

Despite only appointing Santiago Solari as head coach last month, Los Blancos envision making a move for a new manager next season when they have more time to evaluate candidates.

According to reports from Spain, Mourinho is in the running to take charge at the Santiago Bernabeu once again, with the ​Madrid hierarchy believing he has the ideal personality and ability to lead the reigning Champions League holders. 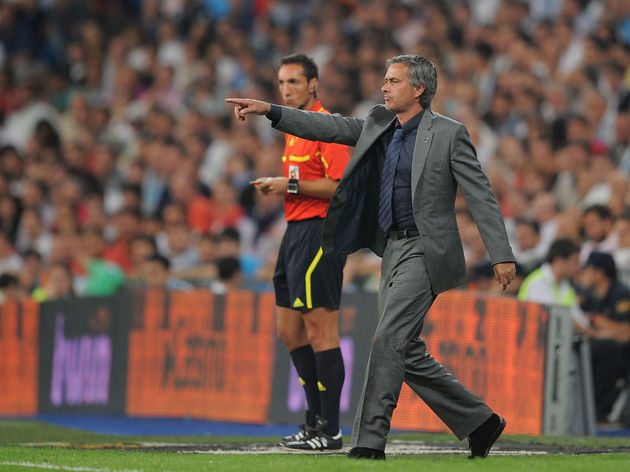 Spanish journalist Diego Torres, who wrote a book on Mourinho’s first spell at the club, reported in the ​El Pais publication that Real Madrid president Florentino Perez was personally keen on bringing the club’s former manager back.

The report adds that discussions between the two respective parties have taken place since October, and that Madrid have upped their contract offer from £13.5m a year to £18m.

Los Blancos are also claimed to be interested in appointing the Portuguese manager on July 1, which would allow them to avoid paying a £4.5m compensation fee to ​Manchester United.

Mourinho, who was in charge of the ​La Liga giants from May 2010 to June 2013, was spotted for the first time in public since his sacking from United was confirmed on Tuesday morning.

Having returned to his family home in London, the former United boss was approached by Sky Sports News, but refused to be drawn into speculation over his next move.

Asked about his managerial future, Mourinho said (as quoted by the ​Daily Mail): “No, you know me. You know me. Let me walk. I have nothing to say.

“You know me, if you want to walk with me then let’s walk to Battersea. I have nothing to say.”