​Gareth Bale has said he is more ‘comfortable’ playing on his more natural left wing position, after scoring a hattrick from the left against Kashima Antlers in the Club World Cup.

Having established himself as a top left winger for Tottenham prior to his big money move to Real, but with Cristiano Ronaldo holding that position down for the most part prior to his departure to Juventus, Bale had spent most of his Real career out on the right. He looked to have once again lost the battle for the left wing position to Marco Asensio, but the Welshman featured in three of ​Real’s last four matches in the position, most recently scoring the winner in a 1-0 win over Eibar.

He then played on the left in the 3-1 win over Kashima Antlers, scoring a hattrick, and after the match spoke to ​The Guardian about feeling comfortable in the role.

“Throughout my early career, I played from the left wing. I’m comfortable playing in that position.

“But I can play on the right, on the left or in the center. I will play wherever the coach needs me to.

“It’s great to score, but the most important thing is to help the team and reach the final.”

The win over Kashima Antlers means Real will face Al-Ain of the United Arab Emirates in the final on Saturday, and ​Bale said lifting the trophy is important for the club.

“It’s an important victory. We knew that it would be a difficult game against a team that’s going to make it difficult for us. We just had to be professional and get the victory and get to the final. 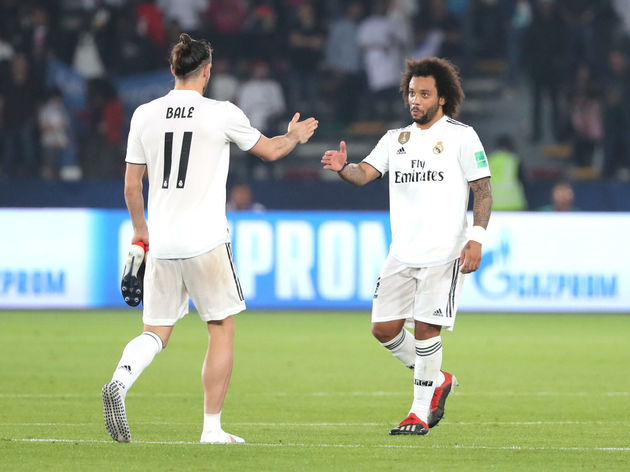