In an action-packed opening period, Al Ain could have and probably should have taken the lead against their more illustrious rivals. Winger Hussein El Shahat broke clear of the Madrid back line, and after having the composure to take it past both Sergio Ramos and goalkeeper Thibaut Courtois, saw his effort dramatically blocked off the line by the recovering Spain defender. 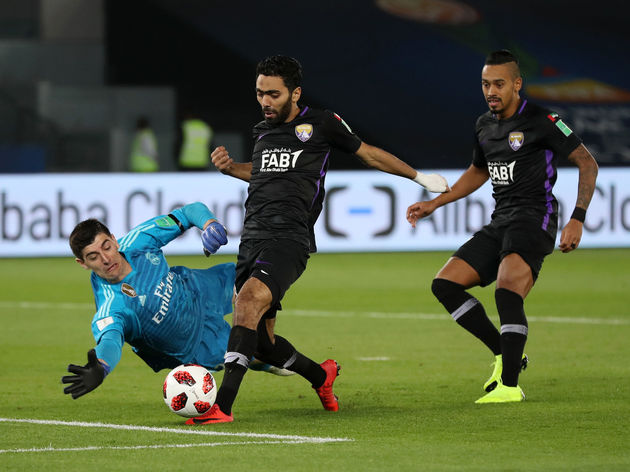 The UAE side – who qualified for the competition as hosts and beat Copa Libertadores winners River Plate to reach the final – were punished immediately for missing their opportunity when recently crowned Ballon d’Or winner Luka Modric bent in a wonderful strike from outside the area with his left foot.

But with Al Ain threatening to stage an unlikely comeback with some dangerous counter-attacks, Marcos Llorente settled any Madrid nerves with a half-volley thunderbolt from the edge of the box mid-way through the second half.

A thumping header from Sergio Ramos with just ten minutes made it 3-0, before Tsukasa Shiotani’s looping header earned a well-deserved consolation for the UAE side. But if Al Ain thought their troubles were over, Yahia Nader’s own goal rubbed salt into the UAE side’s wounds. 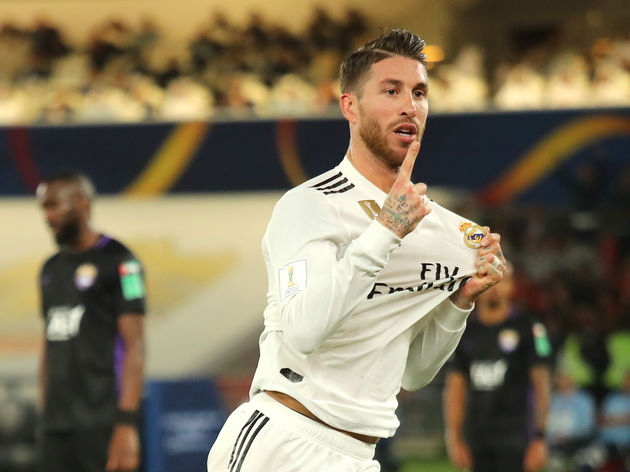 Check out our roundup of the game below.

With such a glaring mismatch in quality between the two sides, the only real question coming into the game was how big ​Real Madrid’s winning margin was going to be. Despite a sloppy early period in which Al Ain had an effort cleared off the line and a goal disallowed for offside, Madrid claimed a deserved victory thanks to goals from Modric, Marcos Llorente, Sergio Ramos and an own goal from Yahia Nader. However, despite claiming their third successive Club World Cup, the bigger picture will be about how Madrid were suspect defensively despite fielding a full-strength backline. Left-back Marcelo looked shaky, whilst ​Ramos and Varane’s communication as a central-defensive partnership was left wanting on occasion. If Madrid are to win the Champions League again this year, then new manager Santiago Solari must bring some organisation and cohesion to the Spanish side’s defence.

STAR MAN – It was quite poetic and fitting that the man recently crowned as the world’s best player delivered the best performance to help his side retain their crown as Club World Cup champions. ​Modric’s goal was exquisite, curling in a fine effort from all of 25 yards to give Los Blancos the lead.

The Croatian was then unlucky to see a Paul Scholes-esque volley from outside the area well saved by the Al Ain goalkeeper, as the little midfield maestro ran the show for Madrid. Based on a performance like this, it is clear to see why Modric was favoured over the likes of ​Cristiano Ronaldo and Antoine Griezmann for the coveted Ballon d’Or award this year.

WORST PLAYER – Despite being presented with numerous opportunities throughout the game, former Tottenham star ​Gareth Bale just did not have his shooting boots on. Denied by a combination of excellent goalkeeping and complacent finishing, the man tasked with taking the throne of Cristiano Ronaldo failed to take his chance.

Gareth Bale and Benzema are the special kind of Forwards who can score amazing goals from difficult angles and become Lukaku when they’re right infront of the goal and miss sitters to not embarrass the opponents. Players with big hearts ❤ #CWC

The Welshman was uncharacteristically wasteful in front of goal and his night was summed up when the usually electric forward was caught up by a recovering a Al Ain defender when through one-on-one. One thing that could not be denied though was that Bale never hid despite his struggles, and the hope will be that after the winter break, the 29-year-old will rediscover his goalscoring touch.

After returning from a winter break, Real Madrid will return to ​La Liga action when they take on a struggling Villareal side at the Estadio de la Ceramica in the new year.