​Real Madrid are among the clubs keeping tabs on Toulouse midfielder starlet Jean-Clair Todibo, according to recent reports.

The 18-year-old is enjoying a breakthrough season in Ligue 1, figuring prominently for Toulouse so far in 2018/19. 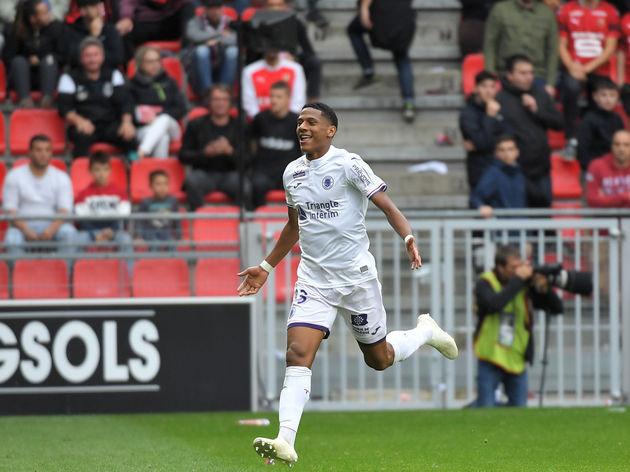 According to ​Mundo Deportivo, Todibo has attracted interest from ​Real Madrid, as well as Serie A powerhouses ​Juventus and ​Napoli. MD’s own report cites news from ‘Italian media’ that Napoli withdrew their initial bid for Todibo, whilst Juventus harbour ambitions of bringing him to Turin in January.

Todibo’s contract with Toulouse is said to expire in July 2019, so he could find himself at the centre of a European bidding war next year.

Despite only making ten senior appearances to date, Todibo – who was born in French Guiana – is already highly rated. Madrid are in a period of transition as they make their way in a post ​Cristiano Ronaldo and Zinedine Zidane world, and have adjusted their transfer strategy in recent years to focus on bringing in some of the world’s top young players.

Manchester City’s Spanish starlet Brahim Diaz looks set for a switch to Real Madrid in the summer if not before, while River Plate’s 20-year-old midfielder Exequiel Palacios has also been heavily linked.

Todibo made his senior debut back in August against Bordeaux. He has also been capped twice for France at Under-20 level. At 6’3, he is capable of playing at the heart of defence and midfield. His physical prowess came in handy when he scored his first senior goal – a bullet header – in a 1-1 draw with Stade Rennais.