Real Madrid captain Sergio Ramos will look to leave the club if José Mourinho return to the Santiago Bernabéu to replace Santiago Solari next season, according to reports.

The 32-year-old is approaching his 14th year on the books with Real Madrid following a €27m switch from Sevilla, where he broke into their first team as a teenager in 2004, making his La Liga debut against Deportivo de La Coruña. Ramos is on course to become the club’s fifth all-time appearance maker by the end of this season, overtaking Francisco Gento and Fernando Hierro who are currently tied on 601 appearances for Los Blancos – 13 ahead of the Spain international.

Despite his legendary status at Real Madrid, La Liga journalist Jimmy Burns believes that Ramos could push for a move away from the club if Mourinho was to return to the Spanish capital.

“And as for the dressing room, clearly if Mourinho came back the first guy who might walk is Ramos. So in the sense that there was a great vice between them and there was real tension in the squad when Mourinho was around.”

Spanish outlet Mundo Deportivo is singing from the same hymn sheet as Burns too, claiming that Ramos would be the first to ‘jump ship’ if Mourinho returns to take over at the Santiago Bernabéu. 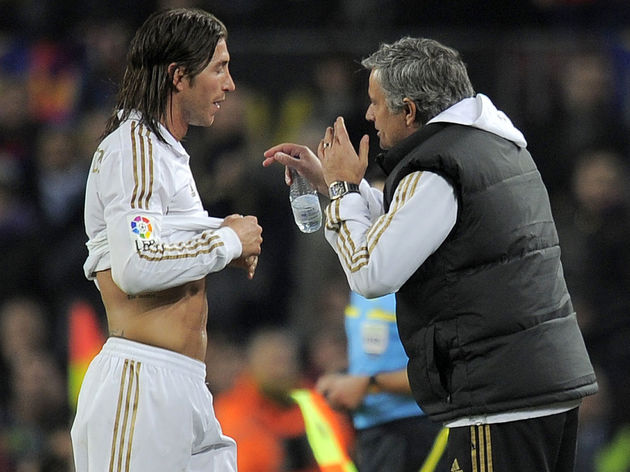 Their report points out that Ramos quite famously doesn’t have a good relationship with the former Manchester United manager, adding that a move to China appears to be more likely for Mourinho.