Hazard has previously admitted that he thinks about leaving Chelsea, honestly stating back in October: “Sometimes in my head, I wake up in the morning and think I want to go.” But the soon-to-be 28-year-old, who is due to be out of contract at the end of next season, has seemingly had a change of heart after playing a crucial role in Chelsea’s vital Boxing Day win over and reaching a goalscoring milestone in the process.

“To score 101 goals with this amazing club is something I will never forget, but now the fans, staff and players want more,” Hazard is quoted as saying by BBC Sport.

“I want to score more for this club and then try to be a legend like Frank Lampard, Didier Drogba and John Terry,” he added.

The comments will comes as a huge boost and source of optimism for Chelsea fans desperate not to see their talisman leave the club in his prime.

Hazard began the 2018/19 season off the back of captaining Belgium to a third place finish at the World Cup during the summer and is on course for his best ever campaign in front of goal.

At the halfway stage, Hazard has already scored 12 goals in all competitions. He is just five short of matching his goal tally from last season and 10 behind the 22 he managed during his final year with former club Lille in 2011/12. 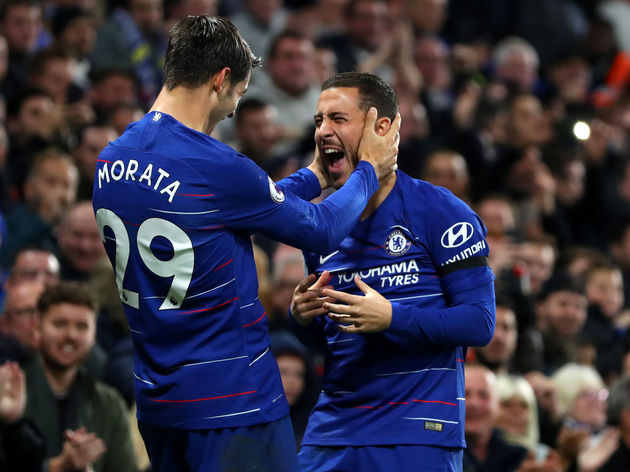 If Hazard is to stay at Chelsea for the long term, he will have to sign a new contract before the summer to finally end the ongoing saga. No agreement would otherwise force the club to consider selling ahead of next season to ensure they can still command a handsome fee.