​Real Madrid midfielder Isco has dismissed reports of an imminent move to Chelsea, insisting he will not leave the club in January.

The Spaniard has struggled for game time this season under both Julen Lopetegui and Santiago Solari. Since the latter took charge of the club, Isco has started just one game, prompting rumours of a £70m move to Chelsea in January, whilst he has also been booed by Real fans during matches. 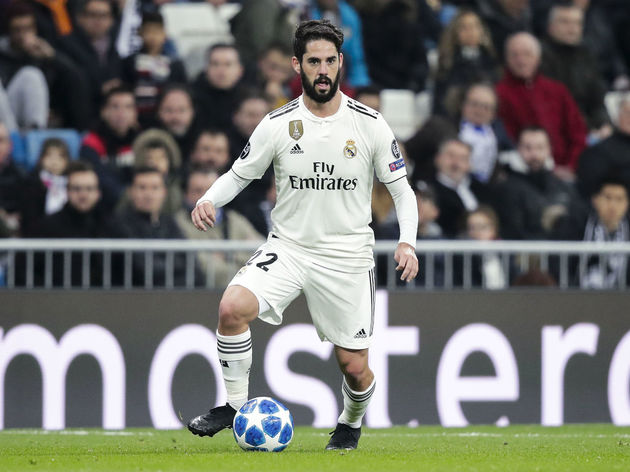 However, ​Isco told Deportes Cuatro that he wants to remain with ​Real Madrid. He is quoted by ​Metro as saying: “I’m very excited about the new year.

As well as ​Chelsea, the 26-year-old has been linked with ​Manchester City, Paris Saint-Germain and ​Juventus. He is widely viewed as one of the finest creative midfielders in Europe, but has struggled to displace the likes of ​Luka Modric, Lucas Vazquez and ​Marco Asensio in the starting lineup.

In Real’s last La Liga match, Isco was an unused substitute, whilst youngsters Dani Ceballos, Vinicius Junior and Federico Valverde were introduced at various stages of the match.

When he has been given minutes, Isco has regularly been used as a late substitute, prompting rumours that the Spaniard was growing frustrated with his role. However, Isco’s latest comments appear to prove otherwise. Instead, he is seemingly keen to remain and help Real in their pursuit of ​Barcelona in the league table. Real currently sit fourth in ​La Liga, with rivals Barcelona eight points ahead. However, Real do have one game in hand, meaning the gap could be closed to five points.