​Real Madrid goalkeeper Keylor Navas has signed a one year extension with the club, taking his deal to the summer of 2021, according to reports in Spain.

​The Costa Rican keeper was thought to be unsettled after the arrival of Thibaut Courtois in the summer limited his involvement, and rumblings of a January exit were beginning to surface as the 32-year-old enters the last year of his existing deal after the summer. 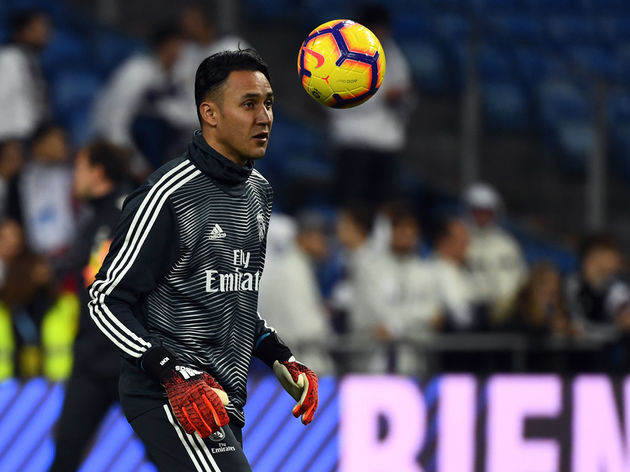 According to Spanish TV station LaSexta (via Marca), however, those rumours have been put to bed as the keeper has signed a deal worth €5m per year, keeping him tied to ​Real until June 2021.

The claim is that the player isn’t entirely happy with his situation under Santiago Solari, but is prepared to stay put due to his family’s settled life in Madrid. Having arrived from Levante after an impressive World Cup in 2014, Navas took the reins from the departing Iker Casillas the following year, and was Real’s starting goalkeeper right up until Courtois signed from ​Chelsea in the summer.

He was used by Julen Lopetegui in domestic cup competitions and the Champions League this season, but since Solari’s arrival in October, his European duties have been revoked with Courtois also establishing himself as first choice in that regard. It remains to be seen whether his loyalty will be rewarded with an upswing in playing time, but given the Belgian’s form of late, you have to imagine minutes will remain hard to come by for Navas.