​explaining that he doesn’t want players “who do not want to stay here” to remain with the team.

The 19-year-old left Manchester to sign a six-and-a-half-year contract worth more than £21m with the Spanish giants over the weekend, with his presentation to the home support taking place on Monday.

Diaz joined ​City from Malaga aged 14 in 2013 and has always looked liked promising talent, making 15 first-team appearances during his time with the English club.

However, Guardiola was accepting of his decision to move on ahead of City’s League Cup semi-final meeting with Burton Albion this week, saying: 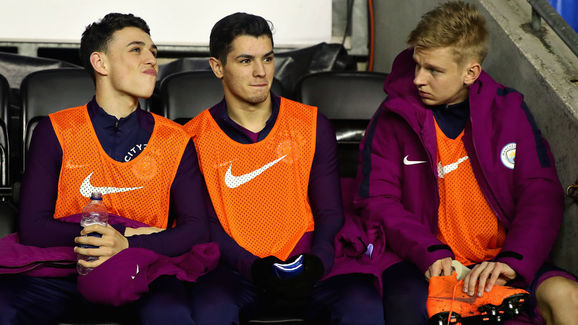 Diaz is not the first young prospect to leave City in recent times. The now much coveted Jadon Sancho joined Borussia Dortmund last year, and has flourished since leaving England in pursuit of regular first team football.

Naturally, the moves of Diaz and Sancho will be compared to the highly-rated 18-year-old Phil Foden, who remains at City and has made eight Premier League appearances this season.

On the topic, Guardiola said: “We did the same with Brahim as we did with Phil and Jadon. They are important players but the only one who decided to stay was Phil.

“Players win opportunities on the field. You have to take a look at all big clubs in Europe at how many young players there are in their first teams. ​David Silva

“Some players have patience, some don’t. The players, their family, their agent; they decide what is best for them.” As the English game begins to earn itself a reputation for letting its best talent leave without  properly offering up decent first team opportunities,

“Create a good second league and you will see how many players make it to the Premier League,” he explained.