​Real Betis centre-back Marc Bartra has claimed that Real Madrid youngster Vinicius Junior called him a ‘son of a b***h’ three times in their match at the Benito Villamarin on Sunday night. ​Goal report that Bartra shed light on what was said in his heated conversation with Vinicius, telling reporters: “

“He called me three times a son of a… he remembered my mother. He is very young and he has a lot to learn from his ​Real Madrid teammates, whom I know.”

Vinicius could be seen remonstrating with Bartra over his tackling, with both players facing off until they were eventually separated by referee Alejandro Jose Hernandez Hernandez, who decided showing the pair yellow cards and issued verbal warnings instead. 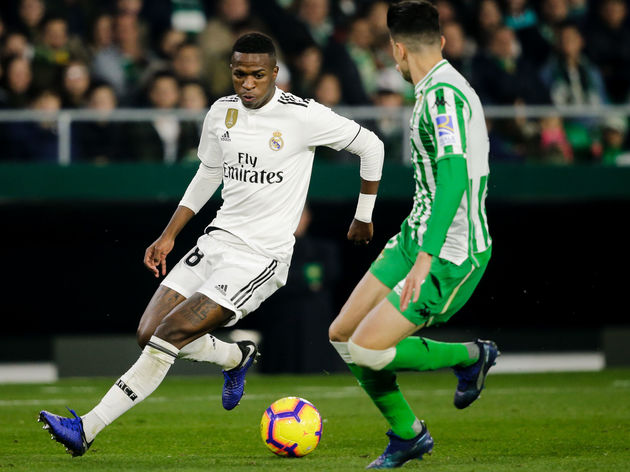