Real Madrid progressed to the quarter-finals of the Copa del Rey despite a 1-0 defeat to Leganes in the second leg of their round of 16 tie.

Carrying a 3-0 lead into the game from the first leg, the contest saw Real create little in front of goal as they were happy to sit deep and defend in numbers. 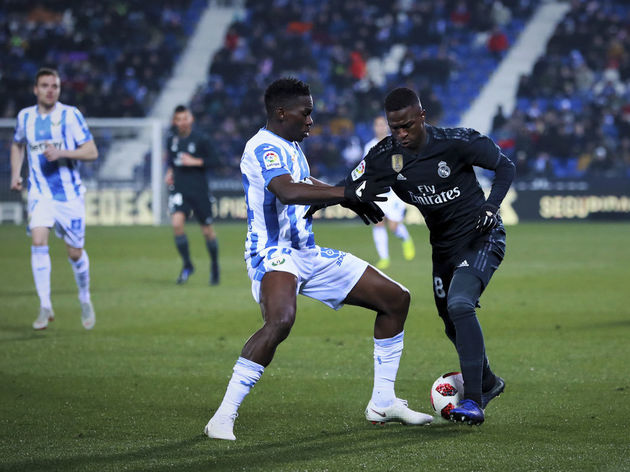 However, Leganes started the game brightly and deservedly took the lead through Marlon Braithwaite on the half-hour mark. The Dane, who first hit the post with a fantastic header, was quickest to react to the rebound as he tucked the ball home to put the hosts in front.

Real did little to trouble Leganes goalkeeper Ivan Cuellar throughout the first period, with their best chance coming when Vinicius Junior flashed a snap-shot wide after a fine solo run.

The second half was rather uneventful 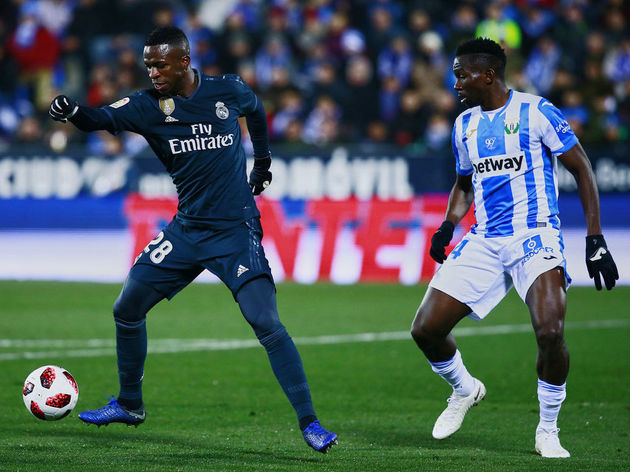 Leganes did have chances to make things interesting in the final ten minutes, but Braithwaite missed a guilt-edged opportunity, heading into the mid-riff of Keylor Navas.

Any hopes that the home side had were gone when Sabin Merino fired over the bar, unable to keep his composure in a one-on-one against Navas.

Brahim Diaz almost scored following his recent signing from ​Manchester City, but hit the post late on with a dinked finish. Check out 90min’s breakdown of the match below.

Despite avenging last year’s Copa defeat to Leganes, Real performed with a lack of intensity for the duration of the contest, most notably in the first half when they registered just one shot on target. Although the result was not of great importance given Los Blancos’ cushion from the first leg, they appeared to lack any desire to impact the game, which is not something you would associate with a ​Real Madrid team.

Santiago Solari knows he must find a way to motivate his players to produce more consistent performances if Real are to close the gap to Barcelona at the top of La Liga, or advance any further in the Champions League.

Currently enjoying an extended spell between the sticks due to Thibaut Courtois’ injury, Navas was his team’s best player by some distance. Once Courtois returns from his injury, Solari will certainly face a dilemma over who his first choice shot-stopper should be, given that Navas has impressed in recent weeks.

Playing in a somewhat unfamiliar role in central midfield for the first 45 minutes, ​Marcelo failed to have an influence on the game from the middle of the park. The Brazilian was also uncharacteristically poor on the ball, being dispossessed on a number of occasions. 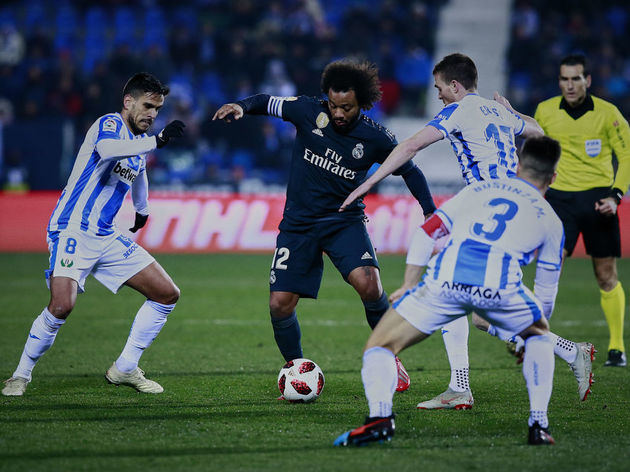 In addition, Marcelo was poor from an attacking perspective, lacking any incisive threat in the final third.

This is something that must change soon, as Los Merengues are currently without a number of first team players due to injury, and Solari will need his senior players to step up in their absence over the coming weeks.

Following their straightforward win, Real will be looking to gain some momentum in ​La Liga and close the ten point gap between themselves and leaders Barcelona, starting with their game at home to Sevilla on Saturday.

Real will be hoping Leganes can aid their cause, as Los Pepineros travel to Barcelona on Sunday, with kick-off at 19:45 GMT.