Real Madrid reclaimed third place from Sevilla after winning 4-2 in a thrilling encounter at Espanyol.

Two goals from Karim Benzema, and one each from Gareth Bale and Sergio Ramos gave Los Blancos a third straight win in La Liga despite the visitors finishing with 10 men after Raphael Varane’s late red card. 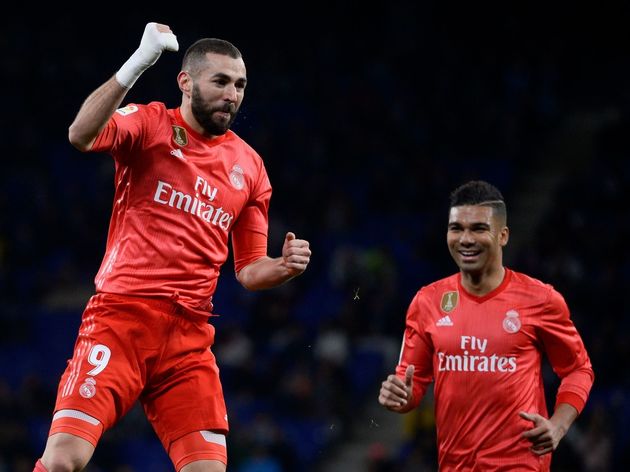 Real Madrid got off to the perfect start, taking the lead after just four minutes, the

​Los Blancos doubled their lead ten minutes later, Modric claiming a second assist when he whipped in a delightful cross from a short corner, with Sergio Ramos on hand to head the ball home into the bottom-right corner of the net.

However, Espanyol managed to get themselves back in the game midway through the first half against the run of play.

A long-range shot from 20 yards deflected off Lucas Vasquez and out to Leo Baptistao, who lashed the ball into the roof of the net past the helpless Thibaut Courtois. Real Madrid dealt a killer blow to Espanyol’s hopes of drawing level, scoring in injury time at the end of the first period. Benzema notched his second goal of the game, precisely curling a side-footed effort past Diego Lopez after some neat interplay with Vinicius Jr.

​Gareth Bale, making his first appearance in almost a month, produced some fine footwork to give himself space to fire into the back of the net two minutes after coming on as a substitute.

In what was an entertaining, eventful game from start to finish, Raphael Varane was sent off after 72 minutes when he brought down Pablo Piatti when he was clean through on goal, although fortunately for Varane the foul was outside the penalty area.

Think that might be first red card of Varane’s entire career.

Sergi Rosales gave the home fans something to cheer about, showing impeccable technique to smash a chested volley into the top corner and restore some respectability to the scoreline, but it was too little, too late for Los Blanquiazules.

Having won by just one goal in four of their past five ​La Liga matches, Los Merengues will be pleased to have rediscovered their scoring touch in emphatic fashion by putting four goals past Espanyol. Real’s latest victory means they retain their position of third place in the table following Sevilla’s 5-0 victory against Levante on Saturday.

As the second half of the season progresses, Santiago Solari will be hoping his players can put in some consistent performances in an effort close the gap to rivals Atletico Madrid and current table-toppers Barcelona.

​Karim Benzema has been underappreciated throughout his time at Real Madrid for not being a clinical goalscorer. That criticism couldn’t be levelled at him on Sunday night though, finishing his two best chances with aplomb.

Benzema provided Real Madrid with a focal point in attack, which is something they have lacked far too often this season following the departure of Cristiano Ronaldo to Juventus last summer.

The French international not only finished well in front of goal, but also brought his midfielders into the game with some excellent hold-up play in the final third, allowing those around him to attract Espanyol’s defenders with runs beyond the ball.

Raphael Varane did not have much to do up until the 72nd minute of the contest. 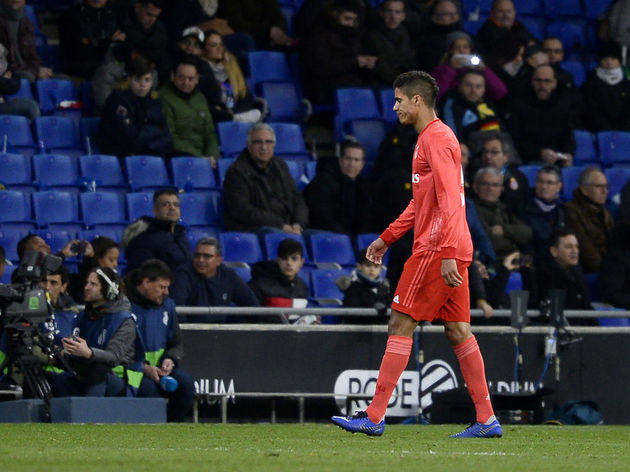 Disappointingly for Varane, his first real involvement in the game saw him shown a straight red card for taking down Pablo Piatti when he was clean through on goal.

Luckily for the French World Cup winner, his side had enough breathing room that his dismissal did not prove to be a turning point that cost Real a victory, though Varane will be disappointed with himself for committing a frankly needless foul.

Real Madrid will be hoping to continue their winning momentum into their next fixture, which sees them face Girona in the second leg of their Copa del Rey quarter-final tie on Thursday, at 20:30 GMT.

Espanyol are also in action in the Copa del Rey, as they host Real Betis on Wednesday, with kick-off at 18:30 GMT.