A resurgent ​Real Madrid travel to Girona in the Copa del Rey second leg quarter-final on Thursday, looking to progress into the last four.

Leading 4-2 from the first leg, Santiago Solari’s men followed up that success with a comfortable league victory at Espanyol in La Liga to record a fifth win in their last six in all competitions.

Meanwhile, Girona were put to the sword by Barcelona in the league to stretch their winless run to 10 games, as they aim for reach a first ever semi-final in this competition.

In contrast, Los Blancos have won the Copa del Rey on 19 occasions, but have lifted the trophy just twice since 1993.

Girona boss Eusebio Sacristan is set to ring changes ahead of this vital encounter, with the likes of Seydou Doumbia and Douglas Luiz coming back into contention after sitting out against ​Barcelona.

However, Manchester City loanee Patrick Roberts is not expected back until February with a hamstring injury. ​Madrid are assessing the fitness of captain ​​Sergio Ramos who’s been struggling with a knee injury, whilst ​Marco Asensio is back in training after missing his sides last nine games through a thigh problem.

Trio ​Gareth Bale, Marcelo and Isco could all be recalled having started on the bench in that 4-2 win over Espanyol. Although Girona claimed a famous 2-1 scalp in their first ever meeting in October 2017, the Catalan outfit have since failed to pick up a single point against their illustrious counterparts, who demonstrated their ruthlessless in last seasons’ 6-3 leagu thrashing at the Santiago Bernabeu.

Knocking out Deportivo Alaves and ​Atletico Madrid on the way, Sacristan’s side have proved more than a match for the top dogs in this competition.

Despite not having won since early December, they gave Madrid several scares last time out and as alluded to, have already beaten their lofty opponents on home turf. Returning to their aforementioned best in recent weeks, Los Blancos are looking for silverware as their title hopes continue to fade away. 10 points off the summit, the Copa del Rey could at least restore some belief into the Madrid faifthful, who have somewhat witnessed less success of late.

Having seen their Blaugrana rivals retain the trophy for four consecutive years, Solari’s side will be desperate to halt that run and lift a first Spanish Cup trophy since 2014.

Here’s how each team has faired in their last five fixtures.

If Madrid want to progres, they must produce a more solid defensive showing in response to last week’s vulnerabilites, that could have been further punished on the night.

Despite losing out, Girona go into this tie with a two goal away advantage, meaning a scoreline of either 2-0 or 3-1 would see them through. 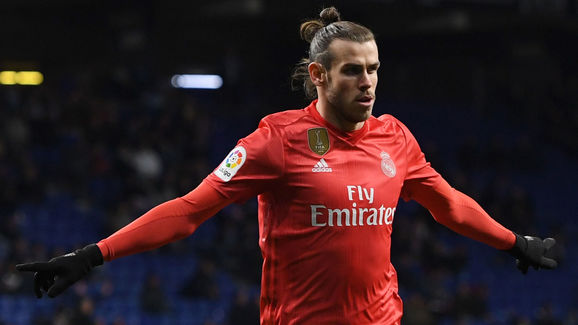 Expected to be a feisty affair, Los Blancos may just have enough to repel their opponents.