Bayern Munich chairman Karl-Heinz Rummenigge has described loanee James Rodriguez as a ‘great player’ who has the ‘best left foot in the Bundesliga’.

The Colombian playmaker has featured only sporadically for the Bavarian giants this season, and was linked with a move to Arsenal in the January transfer window. Despite Rodriguez’s struggles to find regular first-team football at the Allianz Arena this season, Rummenigge insisted he remains a big fan of the on-loan ​Real Madrid star’s qualities.

He said (as quoted by ​AS): “Generally, I think that he’s a great player. Maybe he has the best left foot in the ​Bundesliga.

“He showed this especially during the second half of the last season under Jupp Heynckes. We all want to see ​James regularly on the pitch, but the coach has to decide this. I like this player a lot.

Since the start of the 2017/18 Bundesliga season, James Rodríguez is making a key pass more frequently (every 25.6 minutes) than any other player [WhoScored] pic.twitter.com/W4O99YEBeH

“Everyone in the club know his qualities. At the end of the day you have to decide which is the best decision for him and the club. I’m a really big fan of him.”

Since returning from a knee injury in January, James has featured twice off the bench for Niko Kovac’s side, but his long-term future remains up in the air. 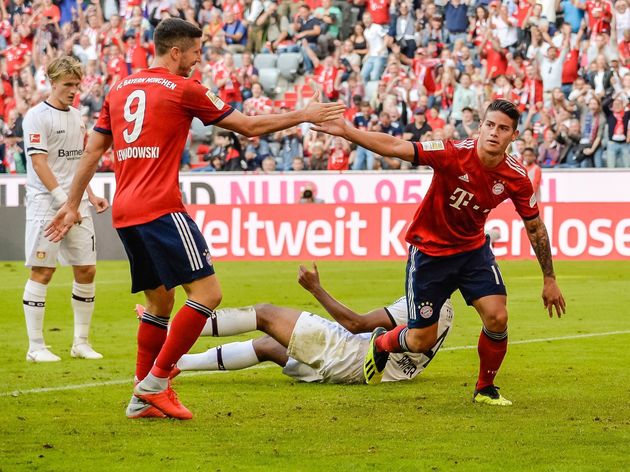 The 27-year-old’s two-year loan deal includes an option for ​Bayern to buy the midfielder at the end of the agreement, but it remains unclear whether the Bundesliga side will exercise that option. ​