​Real Madrid could be in for a tough task as they face Alaves on Sunday night, with this season’s surprise package looking to cause a major upset.

Los Blancos are ten points behind league leaders Barcelona heading into this fixture and will be looking for a win to close the gap to the top of the table – or at least to close the gap on Madrid rivals Atletico – but Alaves will prove to be difficult opposition, and have already beaten the Champions League holders once this season.

Welshmen Gareth Bale Luka Modric Thibaut Courtois after resting them for a Copa del Rey win over Girona in midweek.

Sergio Ramos picked up a knock in Real’s 4-2 victory against Espanyol but has been cleared of any injuries, while Dani Carvajal and Raphael Varane 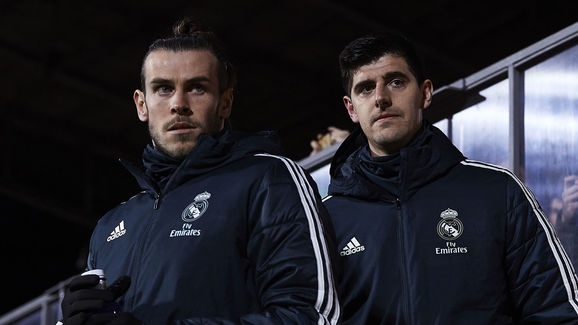 The only expected concerns for Alaves are centre-back Rodrigo Ely – who has missed the club’s previous 13 matches with a knee injury – and left-back Adrian Marin, who’s missed the last two games due to injury.

These two outfits have faced off on 15 separate occasions, with Real Solari’s men have won their last four matches on the spin, making it into the Copa del Rey semi-final during that process. Good goalscoring form has driven that, Los Blancos scoring 13 goals in their last five matches with striker Karim Benzema

Alaves, meanwhile, are without a win in three and have failed to score in their last two matches.

Separated by just seven points in the table, not many would have predicted that these two clubs would be so close to each other at this point of the season.

This will be no easy match for Real but given their recent form, their fans will be expecting them to come home with all three points while Alaves – who are still in the top four race can cause a major upset by beating Real on their home ground.