​Mauricio Pochettino has quelled rumours of an arranged meeting between Real Madrid legends Zinedine Zidane and David Beckham, insisting it was pure ‘coincidence’ that brought them together.

Pochettino has been linked with the manager’s role at Madrid ever since Zidane’s shock departure last summer, and was seen having dinner with the Frenchman and Beckham at restaurant in central London.

However, speaking to the Mirror, the Argentine has poured cold water over the suggestion it was prearranged, instead claiming him and his Tottenham assistant Jesus Perez were as surprised as anyone to see two of football’s greatest at the restaurant.

“Very good, very nice. Very good company. I was with Jesus [Perez, his assistant] and another person,” the 46-year-old said.

“We were there and met by coincidence, that is all there is to it. Then the story appeared – and how do you stop it? That is the reality. I was surprised to see them, “Jesus said to me; ‘look over there’. He came to sell hello and we spent two minutes speaking to them and went back home. Did we go out through the kitchen. No?”

Spurs are currently enjoying their best season under Pochettino, with the club five points off league leaders Manchester City with a game in hand, after accumulating 57 points from their 25 matches so far. However, despite this, the ex-Southampton boss insisted that he still sees one main favourite for the title this seaso 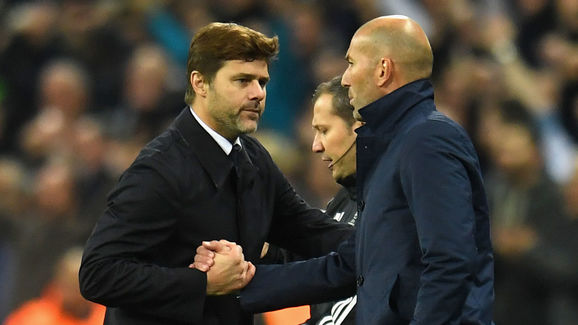 He added: “I think they (Liverpool) are still top of the table and clear favourites to win title. ChelseaManchester UnitedArsenal