​Real Madrid have released a medical report which has revealed the extent of Isco’s recent back injury that kept him out of the Madrid derby on Saturday.

It was reported that Isco picked up the injury during a training session and Santiago Solari opted not to risk him against Atletico and Los Blancos went on to comfortably win 3-1 thanks to goals from Casemiro, Sergio Ramos and Gareth Bale.

It has now been confirmed that ​Isco is set for a period on the sidelines, as ​Real Madrid have released a medical report on their ​website which confirms the extent of the injury.

The statement reads: “After the tests carried out today by the Real Madrid Sanitas Medical Services on our player Isco, his back and neck pain has been diagnosed as acute dorsalgia & cervicalgia. His recovery will continue to be assessed.”

Isco has been enduring a difficult season and has already had a public falling out with Solari, with the manager reluctant to play him on a consistent basis since he took over from Julen Lopategui. 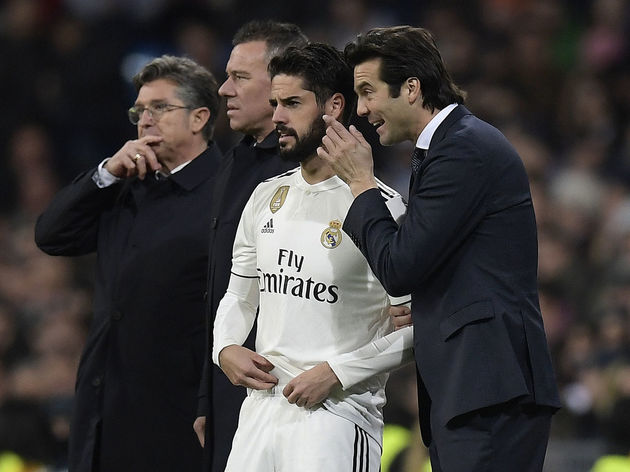 The Spanish midfielder came under fire on Twitter after he suggested that ​he is not being given the same amount of opportunities as his teammates and Solari responded to that by reminding his squad of their responsibilities.

As quoted by MARCA, Solari said: “A professional footballer’s job is to work and to train at 100 percent to be of service to the team. The team is good and the players are all working well so that the team is the priority.”