​Real Madrid travel to Amsterdam to face Ajax in the first leg of their round of 16 tie in the Champions League on Wednesday, which sees Los Blancos continue their quest to lift a fourth successive Champions League trophy.

Real come into the game in good form, after a crucial derby win last weekend against Atletico Madrid saw them leapfrog their city rivals into second place in La Liga.

Ajax are six points behind leaders PSV in the Eredivisie and come into the game off the back of a 1-0 loss to Heracles.

Here’s everything you need to know ahead of Wednesday’s European encounter.

Despite being suspended for Real Madrid’s next match in ​La Liga, Luka Modric is available for selection against Ajax. Santiago Solari will be without youngsters Jesus Vallejo, Marcos Llorente and Luca Zidane for the trip to the Dutch capital.

Solari’s only injury concern regarding a first-team regular is over the fitness of ​Isco, who missed the win over Atletico with a back problem.

Ajax have a number of injury worries to contend with themselves, with Hassane Bande, Carel Eiting, Lisandro Magallan and Bruno Varela forming a lengthy list of absentees for the four-time European Cup winners.

The two teams, who have won 17 European Cup titles between them, have met on 12 previous occasions.

Real Madrid have the edge in this fixture, winning seven games to Ajax’s four, with a solitary draw. The two teams last met in the group stages of the 2012/13 competition, when Los Merengues recorded a pair of 4-1 victories. 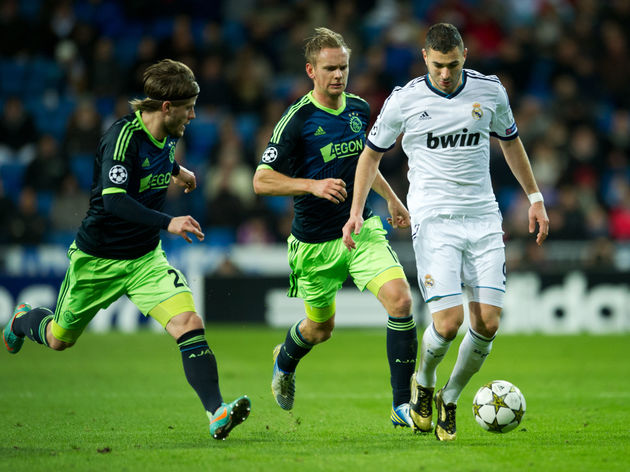 Ajax have not beaten the Spanish giants since the semi finals of the 1972/73 competition, which the Godenzonen went on to win by defeating Juventus 1-0 in the final.

By beating ​Atletico Madrid in their last fixture, Real stretched their unbeaten run to seven matches in all competitions, a run that has seen them climb to second in La Liga, six points behind leaders Barcelona.

They will undoubtedly be keen to extend this winning run as they chase a historic fourth successive Champions League crown. Ajax have struggled to maintain any consistency so far in 2019, winning only two of five matches since returning to action in the Eredivisie on 20 January.

Given that ​Real Madrid have not lost for almost a month, it is difficult to see anything other than a routine win for Solari’s men on Wednesday night.

Ajax should not be taken lightly, but the unpredictable nature of their performances in recent weeks means that Los Blancos, who will be buzzing after a vital derby win, should have more than enough quality to pick apart the hosts.