“I need to be playing week in, week out, and that’s not happened this season I had an injury five, six weeks into the season but I’ve been fit ever since. I have to sit down with my agent in the summer and discuss it,” he said on live television immediately after the final whistle.

It appeared to be an ultimatum to the Bernabeu hierarchy. ‘Play me or I’m off’. In the end Zidane walked, seemingly exhausted by the frenzy of two-and-a-half years in the biggest goldfish bowl in world sport and sensing an inevitable drop off after unprecedented success. Cristiano Ronaldo also left, eyeing a fresh challenge at Juventus in Italy.

Bale stayed put, his vey public threat unexecuted. Having survived a coach he didn’t get on with, making such a huge statement with his decisive goals in Kyiv, and finally able to step out of Ronaldo’s shadow as the main man, his future at Real looked brighter than ever before.

But maybe he too should have gone out on top. Now there is a chance it is too late.

Bale’s time in Spain hasn’t been as spectacular as his record of four Champions League titles, and La Liga and Copa del Rey success might suggest. Yes, he has scored crucial goals in two Champion League finals, converted a penalty in a victorious shootout in another, and played one in his home city. But the player has also had to contend with plenty of criticism from fans and the media, has constantly struggled with injuries and still isn’t currently kicking on as hoped. 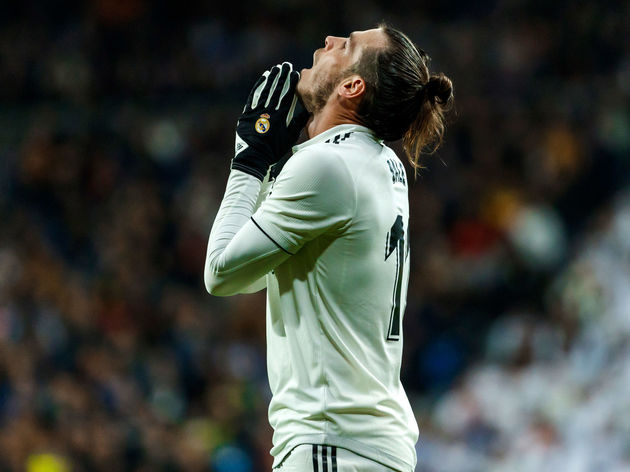 Despite a strong start to this season in which he scored three times in the three La Liga games, he has again been affected by injuries, while his form has dropped in a team struggling to maintain success. Bale is not Real’s new Ronaldo, instead far from an indispensible cog.

“[After Kiko Casillas left] I don’t have anyone next to me. There’s nobody there! On the other side I have Bale but he doesn’t say anything! He only speaks English, so you can imagine what that’s like! I’m like: “Hey! Hi! Hello and Goodbye…” the Brazilian explained.

Where the likes of Steve McManaman and David Beckham learned at least enough Spanish to comfortably get by in Madrid, successfully converse with their teammates and coaches, even conduct interviews and speak to the press, Bale appears to lack more than basic skills. 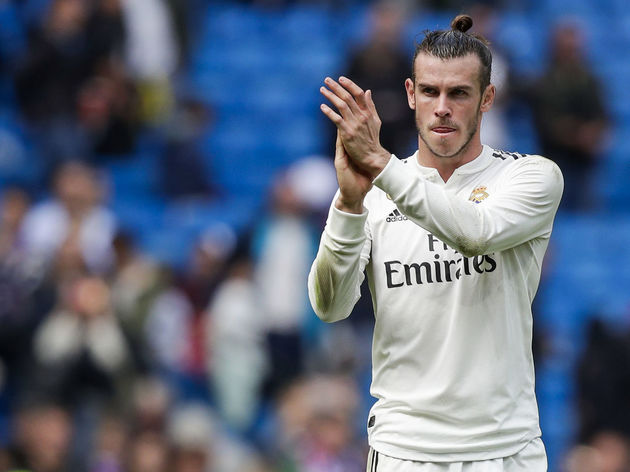 It must be a lonely day-to-day existence if he communicates as little as Marcelo says he does.

Bale is now also facing a potential La Liga suspension after a ‘corte de mangas’ gesture made as he celebrated a recent goal against Atletico Madrid. If he is deemed to have deliberately attempted to incite fans in the stadium the maximum punishment is a 12-game ban. The fact he did it all – striking the top of his bent right arm with his left in an aggressive manner, suggests significant frustration.

A player on enormous wages, who will turn 30 this summer and has a track record of injuries is not the future of Real Madrid when much younger individuals like Marco Asensio, Vinicius Junior and, in due course, Rodrygo Goes, are staking their claim for places.

The problem for Bale, however, is that were he looking to return home, what might once have been a healthy list of eager suitors has dried up. Last summer might have been his last chance for a top transfer before he is considered ‘over the hill’. It was no secret that Manchester United have made multiple attempts to sign him in previous years, while Chelsea had also been linked on occasion. Even now, the English tabloids certainly won’t fail to make a United connection in any story surrounding Bale’s future. Yet where there was once at least some substance to such claims, it has become rather hollow.

In a transfer market increasingly geared towards finding unpolished younger talents with potential, a player like Bale offers little value, making any top club think twice about making approach even if he became available. For that reason, United, Tottenham, Arsenal, Liverpool and Manchester City are all no go. Even Chelsea would surely be reluctant given that similar reservations about Gonzalo Higuain were only dissuaded by Maurizio Sarri’s influence..

Arguably only United, City and Chelsea could even afford him, leaving little in the way of options unless someone like Inter stepped forward. Given his language trouble in Spain, would Italy be any better? Short-term, maybe, longer term, it seems unlikely. In light of everything, it may be time for Gareth Bale to seriously consider his Real Madrid future, but he may already have left it too late if he wants a final big move.