​Real Madrid manager Santiago Solari has refused to rule his side out of the title race this season, after his side’s 2-1 home defeat to Girona saw them fall nine points behind Barcelona in the battle to win La Liga.

It was all going well for Los Blancos in the first half, as Casemiro gave his side an early lead as he powered home a header from Toni Kroos’ precision cross. However, Girona drew level midway through the second half courtesy of capitalisedand 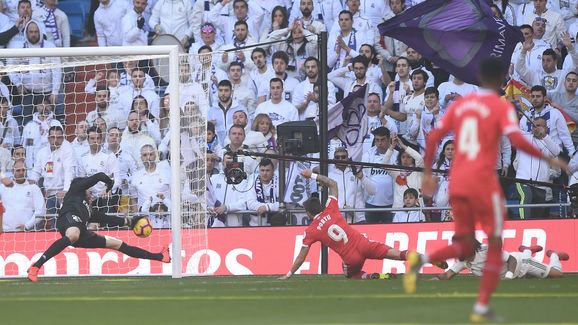 Speaking after his side’s ​shock defeat, via Goal, Solari rubbished claims he’d look to focus on the cup competitions given his side’s struggles in ​La Liga, and said: “Champions

“Girona came out very well, very strong and they grew in the second half. We did not find the depth when we were dominated.”

Real Madrid’s loss sees them remain third in the league table, two points behind ​Atlético Madrid in second and nine off league leaders ​Barcelona. Solari’s side will look to bounce back next weekend, when they take on mid-table side