Ajax stunned Real Madrid 4-1 at the Santiago Bernabeu to knock the reigning champions out of the Champions League.

A bad week got even worse for Santiago Solari as he saw his team lose at home to an exciting, young Ajax side who seemed to want the ball more than the superstars from Madrid. Hakim Ziyech scored early on following a flowing move before David Neres doubled the visitors lead in the 18th minute with a deft chip over Thibaut Courtois.

Los Blancos were forced into two first half substitutions as first Lucas Vazquez went down injured. Then, young Brazilian forward Vinicius Junior, who had been Real Madrid’s most exciting player up until that point, overstretched for a ball in the Ajax box and went down clutching his leg, unable to continue the game. Real were much improved in the second half, but conceded a third after a smart finish from former Southampton midfielder Dusan Tadic.

It was just a little too late for Los Blancos when substitute Marco Asensio pulled a goal back for the home side, with the result sealed by a spectacular free-kick from Ajax full-back Lasse

When Vinicius Junior went off injured in the first half it looked like Real Madrid had lost their attacking spark. The Brazillian was replaced by Marco Asensio, who was Real Madrid’s best player following his introduction, and despite grabbing a consolation goal, the home side lacked a cutting edge in attack. 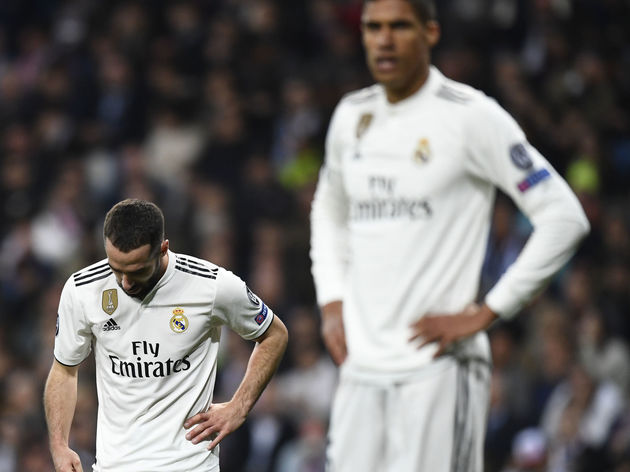 If Vinicius Junior had remained on the field it may have been a different story for Real Madrid as in the early stages it seemed like he would be the most likely source for a Real breakthrough.

Marco Asensio was by far Real Madrid’s best player, he carried most of Real’s attacking threat and was rewarded with a goal, despite it amounting to only a consolation strike. The 23-year-old could not be faulted for his effort and endeavour and is one of only a few Real Madrid players who can emerge from this defeat with their head held high. His performance raises the question why he didn’t start from the beginning and only Santiago Solari will know the answer to that. The Real Madrid fans may now call for the young Spaniard to start more often, especially if he shows more heart and desire than some of Madrid’s veteran players.

In the first leg, Ajax had a goal ruled out by VAR [Video Assistant Referee] and felt that they had been hard done by. This time round though, they benefited from a VAR decision as Dusan Tadic’s goal, and Ajax’s third, was awarded after a lengthy review. It seemed like the ball had gone out for a Real Madrid throw, but instead the VAR could not clearly confirm if the ball had in fact exited the field of play.

The VAR debate will rage on but it was a sublime finish by Tadic into the top right hand corner, who thoroughly deserved a goal following his excellent performance, which also included two assists.

This was an impressive Ajax performance and any of their players could have been their star man. 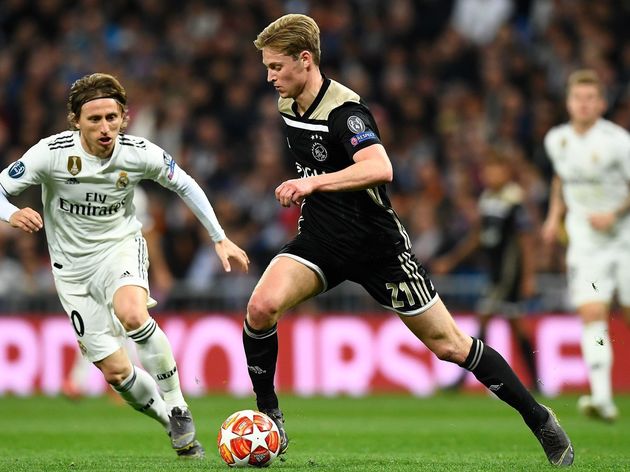 Barcelona bound Frenkie de Jong stood out for Ajax and gave Real Madrid an insight into what they can expect next season when the Dutch youngster moves to Camp Nou. He brilliantly marshalled the Ajax midfield and kept World Player of the Year Luka Modric quite for much of the game.

He also gave his all for his team defensively, with the 21-year-old never far away from the ball when Madrid were on the attack.

Frenkie de Jong and Dusan Tadic were electrifying. What a game!!!

I must say that win for Ajax tonight really shows the talent and quality in their squad, unbelievable result for them and I think they can go further. Tadic was a different class and Frenkie de Jong looks like a bargain for Barcelona, huge future ahead.

His performance will have left Barcelona boss Ernesto Valverde eagerly awaiting his arrival to bolster his midfield ahead of next season.

​Real Madrid will be looking to bounce back following this defeat and travel to Estadio José Zorrilla to face Real Valladolid. They’ve had a disappointing run of results in La Liga recently and will hope that this game will give them the chance to halt that slide and return to winning ways against a side fighting at the bottom of the table.

Ajax have a home fixture against Fortuna Sittard when they return to league action at the weekend and will hope to carry their form into this game. A win would see Erik ten Hag’s side close the gap on top spot and further strengthen their grip on second place.