​Jose Mourinho is reportedly set for a return to Real Madrid, with the club looking to appoint him on an interim basis following the expected sacking of Santiago Solari.

Solari succeeded Julen Lopetegui after he was sacked in October, but Tuesday night’s shock 4-1 loss to Ajax at the Santiago Bernabeu in their Champions League last 16 second leg has pushed him closer to the exit door. 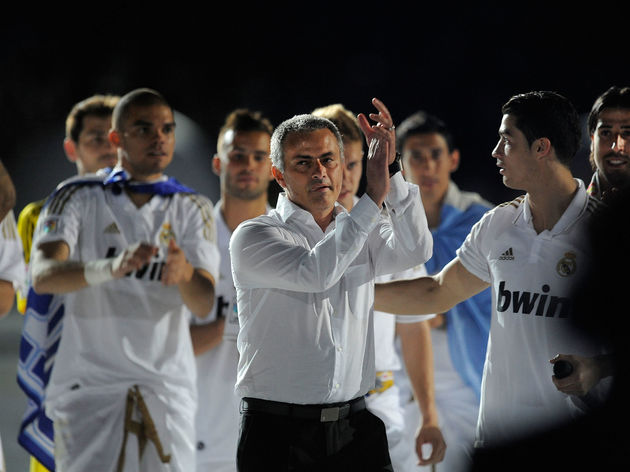 And, according to ​Goal, it is their former boss Mourinho who Madrid are set to turn to following Solari’s ousting. It is understood that the Portuguese tactician, himself fresh from being dismissed by ​Manchester United in December, will likely take over on an interim basis until the end of the season.

This could come as early as next week, though Solari is expected to remain in charge for this weekend’s La Liga clash at Vallodolid on Sunday evening.

This news comes after it was reported that Zinedine Zidane, the man who left ​Los Blancos of his own accord last summer after three successive Champions League trophies, had rejected the chance to return to the club, though he didn’t rule it out for this summer.

Speaking to ​BBC Sport, former club president Ramon Calderon declared: “I know that this morning the president [Florentino Perez] called Zidane to ask him back, he said not now.

“He has left open the possibility of coming back in June.”

From under-performer in Southampton, to Champions League stunner in Amsterdam! 

And, adhering to these reports, Calderon continued: “The first option for the president has always, always been Mourinho.”

But he wasn’t too enamoured with this possibility, citing the flip-flopping between Zidane and Mourinho as symbolic of a club with no real direction, proclaiming: “But the problem is who is going to run the club in the office? They are talking of the possibility of Zidane or Mourinho – they are completely different coaches with completely different ideas of football.

“It is an erratic and whimsical president who has brought us to this situation. There is the option of bringing in Mourinho now, but to me there is no point.”