Real Madrid are preparing a €350m move for Paris Saint-Germain star Neymar in a bid to rejuvenate the club, according to a report from Spain.

Los Blancos are currently riding a four-game losing streak at the Santiago Bernbaeu, and suffered a humiliating exit in the last 16 of the Champions League when Ajax beat them 4-1 on Tuesday. 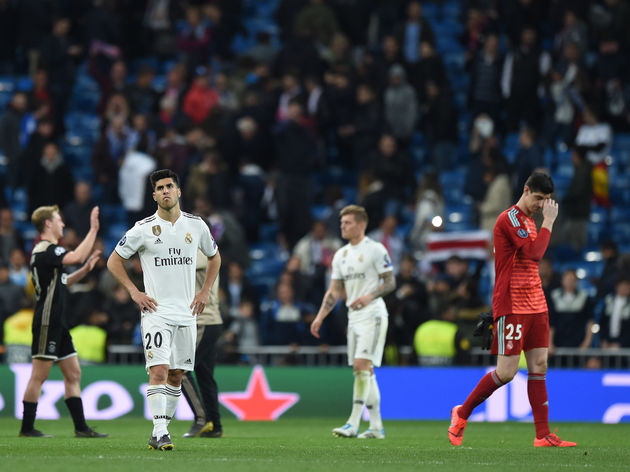 With the club suffering a wretched season following the departures of both Zinedine Zidane and ​Cristiano Ronaldo last summer, Spanish publication ​SPORT have claimed that Real president Florentino Perez is intent on overseeing a transformation for the next campaign.

The report claims Perez has identified Neymar as the player he wants to help the club move out of their slump, and is ready to make the PSG forward ‘the most expensive Galactico in his collection’.

It is understood Madrid are willing to spend €350m to bring the Brazil international back to ​La Liga, despite the complication of the 27-year-old still having three years left on his contract with the French giants. SPORT add that Perez wants to go for a ‘unique player who is capable of exciting fans and tourists who go to the Bernabeu’ and that he is convinced the club’s offer for Neymar will prove ‘irresistible’ for PSG to turn down.

​Madrid’s approach for Neymar is further evidence that the club do not see signing Kylian Mbappe as a viable option, with the France World Cup winner reluctant on leaving Paris at the moment.