​Following their humiliating exit in the last 16 of the Champions League to Ajax, Real Madrid are in dire need of a summer overhaul. From a change in manager, to a refresh of the playing staff, Los Blancos simply need to hit the restart button, and the upcoming transfer window may be the perfect time for them to do so.

Despite being synonymous with buying ‘Galacticos’, Madrid have been relatively low-key in terms of incomings in recent seasons, instead focussing on hoovering up promising young talent from Spain and South America. However, with club president Florentino Perez intent on transforming the side once more, this summer could well turn out to be Galacticos 2.0.

With this in mind, here is a look at potential Madrid targets based on the positions they are reportedly interested in filling up. Eder Militao (Porto): Voted the best defender in Portuguese football for a fourth successive month in February, the Brazilian is perhaps the closest to officially signing for Real Madrid at this moment. According to ​MARCA, ‘only a signature is missing’ for Militao to join Los Blancos, and with the pace and athleticism the 21-year-old has, a centre-back partnership with Raphael Varane looks formidable.

Matthijs de Ligt (Ajax): The most in-demand defender in world football right now, De Ligt gave Madrid a first-hand look at the incredible potential he has. Straight from the famed Dutch school of ‘Total Football’, the 19-year-old looks at ease playing out from the back, and as captain of Ajax already, has the necessary leadership qualities to be a long-term successor to Sergio Ramos.

Mario Hermoso (RCD Espanyol): Possibly the lea​st exciting name on the centre-back shortlist, Hermoso would represent a shrewd acquisition for ​Madrid. Having sold the one-cap Spain international to Espanyol in 2017 from Real’s B side, the 23-year-old has enjoyed a fine two year spell with the Catalan club and with a release clause reportedly under €15m, could be set for a quick return to the Bernabeu. 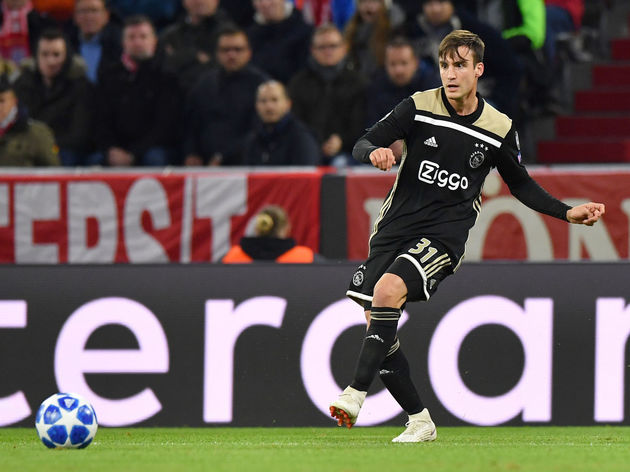 Nicolas Tagliafico (Ajax): Similar to club teammate Matthijs de Ligt, Tagliafico took his side’s last 16 clash against Real Madrid as an audition for a potential summer move, and he failed to disappoint. The Argentine was industrious going forward, often causing problems with his overlapping runs and combined well in some clever team moves. With rivals Atletico Madrid and Arsenal also showing their interest in the left-back, Real will have severe competition to secure Tagliafico’s signature.

Junior Firpo (Real Betis): A product of Betis’ academy, Spain U21 international Firpo is a self-professed Madrid fan. He said (as quoted by ​AS): “I’m drawn more to Madrid, my Dad’s a Madridista. When I first came to Spain, Madrid were the only team we watched on TV at home. So I’ve always felt stronger about Real Madrid.”

David Alaba (Bayern Munich): One of European football’s best defenders for a number of years, Alaba may finally decide this summer is time for a new challenge. The Austrian has been linked with Madrid before, with his father and agent George Alaba claiming last summer that the Spanish side were ‘really interested’ in signing the ​Bayern star. Capable of playing in midfield too as he does for his country, the 26-year-old would be the epitome of a ‘Galactico’ signing for the left-back role. Christian Eriksen (Tottenham): Perennially linked with a move to the Bernabeu, ​Eriksen has proven year in and year out in the Premier League that he is one of the best playmakers around. Under manager Mauricio Pochettino, the 27-year-old has grown considerably and ranks consistently amongst the top assist-makers in English football. With five goals and nine assists to his name in the league already this season, Eriksen may feel this summer be the moment to make the step up to a ‘bigger’ club’.

Exequiel Palacios (River Plate): Having helped his side overcome fierce rivals Boca Juniors in the Copa Libertadores final, Palacios seems nailed on for a move away from Argentina this summer. The 20-year-old made his senior debut for his country last September against Guatemala, and shown both an eye for a pass and a willingness to go box-to-box. With Isco seemingly on his way out, reports have already suggested Palacios could be on his way in to replace the Spaniard.

Nicolo Zaniolo (AS Roma): Despite famed sporting director Monchi’s relationship with Roma ending earlier on Friday, one piece of business that the Spaniard should be applauded for in his time at Rome is bringing in Zaniolo as part of the deal to sell Radja Nainggolan to Inter. The 19-year-old arrived in a €4.5m deal, and as part of a stunning debut season with the club, became the youngest Italian player to score twice in a Champions League match when he did so against Porto in the last 16. Mauro Icardi (Inter): With the furore surrounding ​Icardi’s relationship with Inter making the Argentine’s departure from San Siro inevitable, Real Madrid may be the frontrunners to sign the prolific forward. The former Nerazzurri captain has consistently been one of the​ Serie A’s leading goal-scorers and has relished the pressure of being Inter’s main man. At Madrid where the pressure will multiply significantly more, Icardi’s profile may see him fit seamlessly into the cut-throat world at the Bernabeu.

Kylian Mbappe (PSG): Despite being settled at Paris Saint-Germain, Mbappe’s name will always be linked with Real Madrid. The France World Cup winner is a Florentino Perez ‘favourite’ and as such would take priority over other transfers if it appears that he is available for a move. With Neymar’s move from Barcelona being a world record transfer fee, something similar will be needed to prise the 20-year-old away from the Ligue 1 giants.

Luka Jovic (Eintracht Frankfurt): Perhaps not the ‘Galactico’ name Madrid fans would be hoping for, Jovic has shown an incredible knack for goal-scoring in the Bundesliga. The 21-year-old has netted 15 times in 22 league games, and has been one of the main reasons behind Eintracht’s domestic and European successes this season. Whether he would be able to handle the spotlight and goal-scoring mantle at Madrid is another question however.