​Thibaut Courtois’ father has hit out at those who have criticised his son this season. 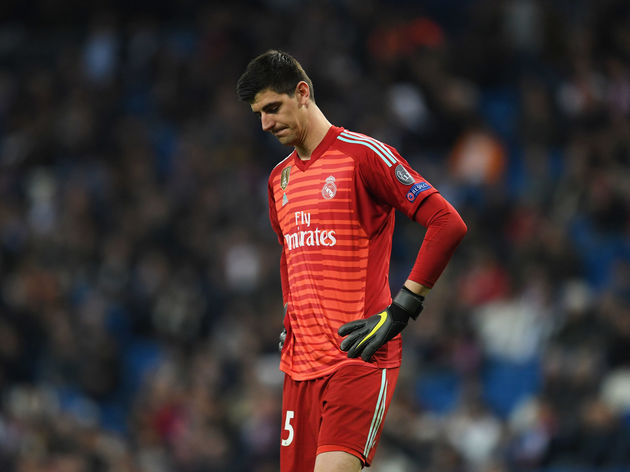 In a turbulent season, the Belgian goalkeeper has underwhelmed, with Real Madrid shipping 32 goals in La Liga already this season, a higher total than the likes of Athletic Bilbao, Getafe and Alaves. In addition, Courtois came under fire for his part in Madrid’s 4-1 Champions League defeat to Ajax.

However, Thibaut’s father Thierry has condemned the harsh treatment of his son by some sections of the media and claimed that his son can bounce back.

“I feel that everything and everyone thinks about Thibaut,” he said, via HLN News. “By the Spanish press, but also by the Flemish press. As a parent, I can’t just let that pass over me. A goalkeeper is always the first to be targeted, that is the destiny of a goalkeeper. Rightly or wrongly, I leave that in the middle. “Against Ajax he got the wind from the front, while he kept on that fourth goal after a great match. Only that one mistake is now magnified enormously. Things are also coming out of the private sphere and I notice that journalists are trying to score on my son’s hood. I’m having a hard time with that.

“Fortunately, Thibaut is above that. He knows what he can do and how good he is, this will not make him doubt.”

Real Madrid next host Celta Vigo at the Bernabeu in La Liga, which will mark the return of Zinedine Zidane as manager after the club announced his return this week.