For the first time since Sir Alex Ferguson retired, the club has a manager who is an excellent motivator, skilled in man management, a top tactician, a born winner, someone who identifies with the core beliefs on youth players, and shares a genuine affinity with the club and fans.

Unfortunately, David Moyes had arguably none of those things. Louis van Gaal got the youth bit right, at least, while Jose Mourinho is a winner whose man management skills deserted him.

None ticked every box, Solskjaer does. Away from the management, United have a collection of some of the best midfield and attacking players in the Premier League, as well as the world’s best goalkeeper. Paul Pogba, David de Gea, Anthony Martial, Marcus Rashford are the envy of every club in the world. Jesse Lingard and Ander Herrera are workhorses who will give everything for the shirt, while Victor Lindelof and Luke Shaw have the potential to become world class in the next few years.

With perhaps one or two additions in key roles – Jadon Sancho is one rumour, things will be set.

Not everything is perfect, though. Defensively, the squad still needs work. Strengthening at full-back is a must in light of Antonio Valencia’s imminent departure and an eventual phasing out of Ashley Young, both of whom are repurposed wingers anyway. Centre-back is the key one, with United weaker than they should be in such a critical position, despite having the numbers.

Often unavailable, Marcos Rojo has only ever shown flashes of quality in nearly five years. Eric Bailly might still deserve the benefit of the doubt, but hair will turn grey and skin will wrinkle waiting for Phil Jones to finally realise his potential. Chris Smalling is very good and generally dependable, if not truly excellent, while Lindelof, as already alluded to, has the potential to become elite fairly soon if things fall into place.

What the situation needs is a world class defensive leader, someone who will not only be a key player in their own right, but improve those around them, serving as a guide and mentor.

There is an argument to say that United should follow the example of Liverpool and pay what almost certainly be a world record for their own Virgil van Dijk. Napoli’s Kalidou Koulibaly is the obvious example, potentially costing £100m. The Senegal international is certainly highly rated and ticks all the physical boxes. But the question is whether he is experienced enough – his last major trophy was the Belgian Cup in 2013 – to have the wider impact United need. 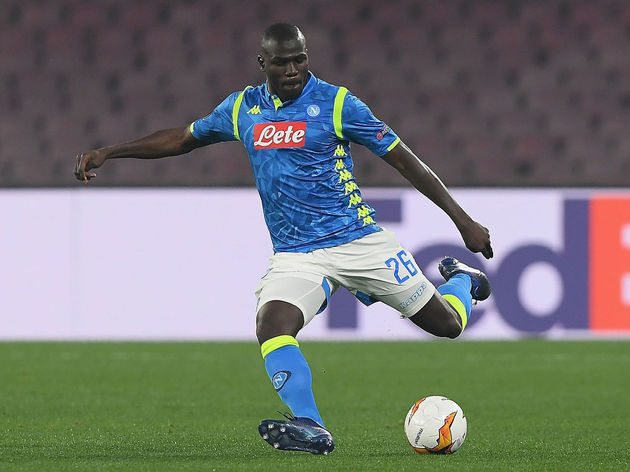 Younger talents like Fiorentina’s Nikola Milenkovic, scouted by United in the first half of the season, might still be viable, but not as the primary option for similar reasons.

​Toby Alderweireld is a proven Premier League centre-back and available at a modest £25m thanks to a convenient release clause in his contract active this summer. But a real leader who can grab the situation by the scruff of the neck? Maybe not.

That is why speculation that Sergio Ramos, a player United made a concerted effort to sign in 2015, might be reaching the end of the road at Real Madrid is especially interesting. He has the passion to fit a club like United, he would undoubtedly become an instant cult hero at Old Trafford, has the experience, the drive, the character, the charisma, and the quality. He may soon turn 33, but that doesn’t matter right now. Even just two years of Ramos could have incredible benefits in the short-term, and would also allow Lindelof to become polished, and another a younger centre-back to be signed and developed in anticipation of the longer term.

It was a different position on the pitch, but think of the impact that Zlatan Ibrahimovic had at United during 18 months at the club. His own performances aside, the veteran Swede had a huge role in the dressing that perhaps wasn’t apparent to those looking in from the outside until after he was gone. Is it a coincidence that United won trophies in 2016/17 but things begin to unravel soon after he left in January 2018? Perhaps not. Zlatan kept players in check when times were tough.

Ramos is approaching a key moment in his career. His contract at Real is due to expire in 2020 and Los Blancos face a future without him if no deal is agreed this summer. He is also said to have had a major row with president Florentino Perez in front of the whole squad after the recent Ajax humiliation, reportedly resulting in Perez threatening to get rid of Ramos, and the player declaring he would gladly leave with a pay-off. Just how damaging that row was remains to be seen, but if is there is any inkling that Ramos could consider his future and think about a fresh challenge, United have to be firmly at the door.

There are still dangers associated with tracking Ramos, though.

The reappointment of Zinedine Zidane this week might have changed things – the Frenchman was reported to have called his captain as soon as his official unveiling was over on Monday.

United have also been burned by Ramos before, after he appeared ready to move to Old Trafford in the summer of 2015, to the point where United felt confident enough to present a formal bid to Real, only for the player to sign a new contract in Madrid instead. By then, United had wasted too much time and were unable to sign anyone else before the transfer window closed. 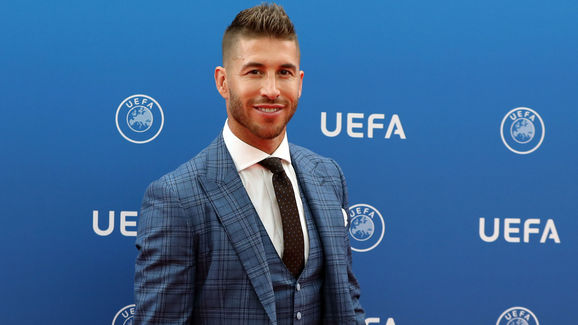 Ramos is the perfect choice, but the feelers have go out now. And if it’s not clear very early on there is a good chance of it actually happening, pull the plug and move on, don’t labour.