That was the bizarre and outlandish claim made by Spanish publication AS on Monday morning.

It is alleged that even though former adversary Jose Mourinho has left Old Trafford, Pogba still ‘feels it is time to move on’ and is eyeing a ‘fresh challenge’ in Italy or Spain. The report further claims that agent Mino Raiola is ‘already working hard’ to find a club, that Pogba has ‘already turned down’ a new contract offer from United, that Real would be his first choice, and that Juve are ‘totting up the numbers’ to find a way to finance a deal.

The story is troubling to say the least, and raises a number of questions as to its authenticity.

Yes, Pogba did recently use the word ‘dream’ when asked about Real Madrid and Zinedine Zidane. But his words were less a ‘come and get me’ plea and more a general acknowledgement of how footballers all over the world perceive the grandeur of Los Blancos.

“Real Madrid is a dream for anyone. It’s one of the biggest clubs in the world. There is also Zidane as a coach and it’s a dream for anybody who likes football,” Pogba said last week. Not once did he state his personal intention to join Real, nor at any point did he say that he wants to leave United, even specifically insisting that he is ‘happy’ at Old Trafford.

There was an aloof ‘We don’t know what the future holds’, but such words have become so common among modern footballers not wishing to close doors on themselves, even 10 or more years down the line. It’s meaningless.

One of the main claims of the AS story, that Pogba has ‘completed’ everything he wanted to do at United, is absolutely bizarre in the context of his achievements to date.

It would suggest Pogba’s aims when he returned to his former club in 2016 as the most expensive player in history was to win the League Cup and Europa League, finish no higher than second in the Premier League, lose an FA Cup final, fall out with the manager and only consistently play to anything like the best of his ability for a period of three months. 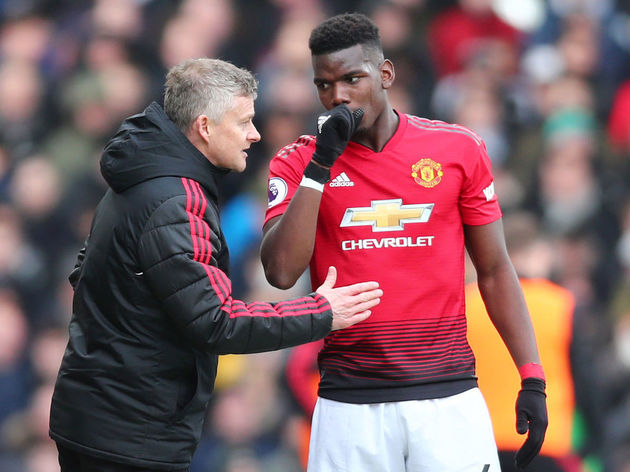 It is ridiculous to even attempt to claim he has ‘completed what he has set out to do at United’. The only way it can be true is if Pogba has incredibly low standards, which he clearly does not.

The report also directly contradicts a recent story that emerged in England suggesting Pogba has held private meetings with United boss Ole Gunnar Solskjaer – the same man he has publicly supported to become permanent manager – assuring he has no intention to leave.

It isn’t often that one argues in support of an ‘exclusive’ from The Sun, but on this particular subject it speaks with far greater logic and believability than AS does.

Ask yourself why a Spanish report claims a player wants to leave an English club and join a Spanish one. Such media stories designed to unsettle transfer targets are a well known tactic. United have been down this path multiple times with David de Gea, with the goalkeeper ‘agreeing’ deals with Real for months on end, only for truth or substance never to prevail. But AS namedropping Raiola is also interesting, as is the claim Pogba has turned down the offer of a new United contract and the assertion any new contract will need to be ‘too good to resist’.

Could a new contract be the motivation for the story if Pogba’s camp has anything to do with it?

A report published over the weekend by the Daily Mirror purporting to reveal how much every United player earns, with Pogba said to be on £290,000 per week. That is considerably behind Alexis Sanchez, whose basic salary is said to be £350,000, and up to £500,000 after bonuses.

Pogba’s new found stardom, to the point where he could feasibly be named the club’s next captain, arguably warrants an improved contract that makes him the top earner. 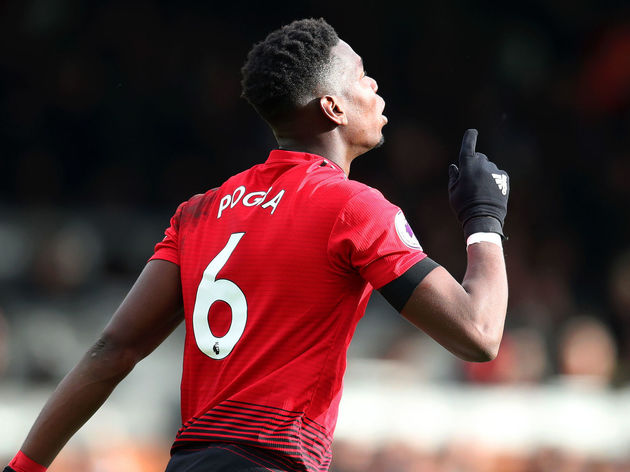 Certainly, transfer flirting to command a bumper new deal is not a new tactic in modern football and United chiefs will be well aware that their best player has grounds to demand fresh terms that are more in line with his overall importance to the club.

Does Paul Pogba want to play for Real Madrid before he retires? Quite possibly.

Does Paul Pogba want to leave Manchester United this summer? Almost certainly not.