​Real Madrid are now more confident they will be able to secure a deal for Chelsea winger Eden Hazard, despite the Blues demanding £100m.

The Belgian is nearing the final year of his contract, and it is thought that Chelsea will look to sell him this summer if he refuses to sign a new deal, instead of losing him for free 12 months later.

The latest update in this ​long-running saga comes from Sky Sports, who insist that Real are now ‘increasingly confident’ that they will be able to get this deal over the line. 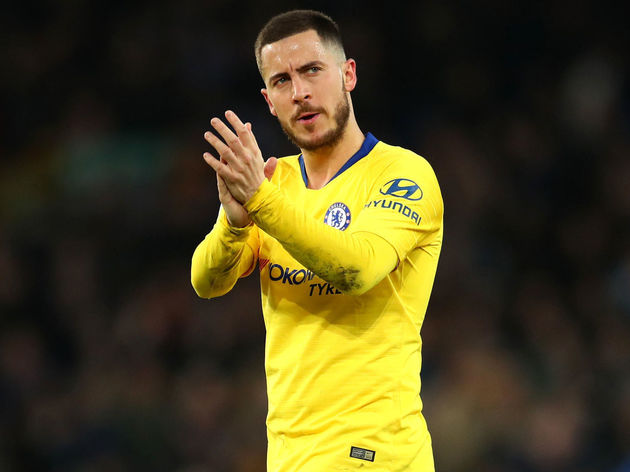 ​Chelsea remain resolute in their £100m valuation of ​Hazard, despite the precarious nature of his contract. However, Real believe a deal can be struck in the near future. ​The Telegraph claim Los Blancos are prepared to pay £85m, and will launch a fresh bid in the near future.

The Blues are reluctant to part ways with any players until they know the status of their impending two-window transfer ban. The punishment is set to begin this summer, although Chelsea remain hopeful that the ban will either be delayed or overturned.

If they remain unable to sign players, they face the possibility of being unable to replace Hazard. They already have the likes of ​Willian, ​Pedro and Callum Hudson-Odoi in their ranks, whilst ​Borussia Dortmund’s Christian Pulisic is also set to arrive at Stamford Bridge this summer. However, replacing Hazard, who leads Chelsea in both goals and assists this season, will certainly be no mean feat.

Once they secure the signing of Hazard, Marca claim Real will turn their attention to Manchester United’s Paul Pogba. Zinedine Zidane has prepared the not-so-creatively named ‘Operation Pogba’, which requires the midfielder and super agent Mino Raiola to pressure United into allowing Pogba to leave.

Real know Pogba could cost upwards of €120m, but he remains their primary midfield target for the summer. However, they are not willing to pay an excessive fee for the Frenchman, and are prepared to move on to other targets, if United refuse to do business.