Real Madrid have no plans to discard striker Karim Benzema this summer, with the club planning to focus their summer recruit elsewhere.

The Frenchman has stepped up and filled the void left by Cristiano Ronaldo’s departure last summer to join Juventus, scoring 17 goals in La Liga this season, and 26 in all competitions. His form this season is a complete reversal of fortunes, with Benzema having endured a nightmare 2017/18 campaign at Real. He scored just five goals in the league during Ronaldo’s final season in Madrid, and just 12 in all competitions.

As a result, speculation has been rife that Perez would look to splash the cash this summer on a new goalscoring machine, but ​AS now claim that he has been suitably impressed with Benzema’s form in front of goal this season.

In addition a ​Marca report adds that no-one is contemplating Benzema’s exit this summer, with the forward a favourite of the club bosses, despite years of criticism.

Indeed, Benzema’s form has been a rare bright spot in what has otherwise been a disastrous season in the Spanish capital. ​Real are currently on their third manager of the season, having recently re-appointed Zinedine Zidane as manager following dismal spells under Julen Lopetegui and Santiago Solari.

With Zidane back in charge, a new wave of optimism has swept across Madrid, with memories of the Frenchman’s hat-trick of Champions League trophy wins back at the forefront of supporters minds.

It hasn’t been plain sailing since his return, though, and it’s apparent that Los Blancos require a significant overhaul this summer to the playing staff if they are to challenge Barcelona for the La Liga crown next season.

​Paul Pogba and​ Eden Hazard are two names who have strongly linked with a move to the Bernabeu, and AS continue by claiming that Zidane would like to sign them both to provide goalscoring assistance to Benzema – rather than signing a new leading striker. 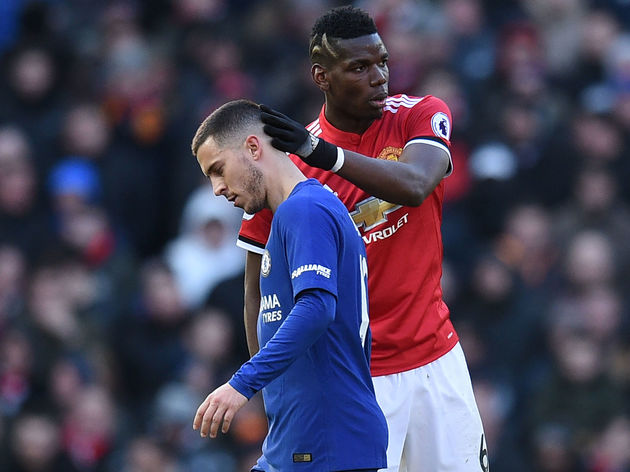 In that vein, Rayo striker Raul de Tomas is rumoured to be line for a Real Madrid return after scoring 13 goals for the relegation threatened side this season.