​West Ham have absolutely no intention of selling Felipe Anderson this summer, despite reported interest from Real Madrid.

The 25-year-old has enjoyed a fabulous first season in English football, scoring nine times and providing four assists in the 37 matches he has played so far this season. 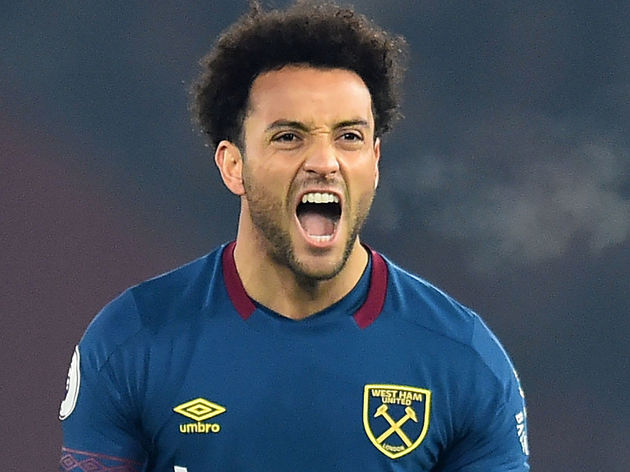 Statistics aside, Anderson has adapted to the rigours and demands of the ​Premier League

His form is understood to have caught the attention of ​Real Madrid, who are rumoured to be keen on a move if they fail to sign number one target Eden Hazard, but ​Sky Sports report that chairman David Sullivan will not consider any bids for Anderson this summer.

Anderson is said to be happy to stay at the club, and still has three years to run on the four-year contract he signed last summer when he arrived at the London Stadium for a club-record fee of £35m.

The Hammers also have the option to tag an additional year on to his current deal, meaning they are in a strong position to demand significant money for Anderson, should any offers come in.

The intention to keep Anderson, however, is another signal to supporters that Manuel Pellegrini will likely be backed again this summer as he aims to strengthen ​West Ham and turn them into a side capable of challenging for the top six. Pellegrini’s side were strongly linked with a move for Celta striker Maxi Gomez in January, and have also been credited with an interest in signing Liverpool full-back Nathaniel Clyne, as well as Roma striker Edin Džeko, who won two Premier League titles during a four year stay at Manchester City.